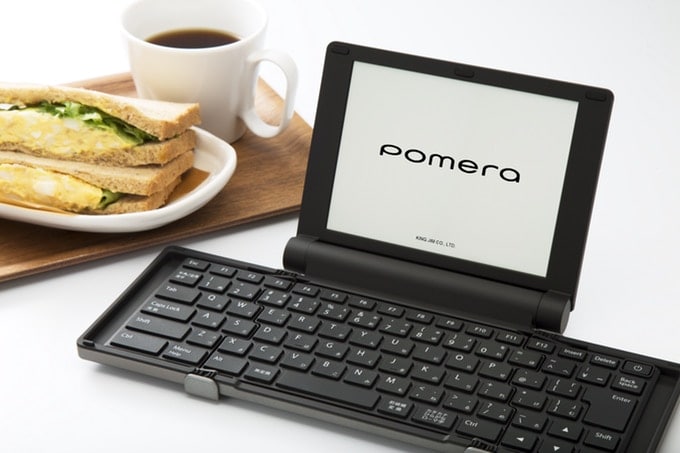 Pomera is a Japanese company and they are launching an E Ink typewriter in the United States via a Kickstarter campaign. It features a foldable keyboard that extends when you want to use it, making it more portable than the Freewrite.

The DM30 is designed for the US market and features a six inch E Ink display and lasts for about 20 hours off two AA cells. Text created on pomera can be saved to its internal memory or an SD card. The saved data can be transferred to a computer via a microUSB cable or SD card. It will begin shipping around November of this year and retail for $349.

The campaign states “We have developed a new tri-fold keyboard for pomera. It features generously sized keys of with a horizontal pitch of 17 mm and a vertical pitch of 15.5 mm. The keyboard also contains key feet. These feet are linked to opening and closing movements of the keyboard and are automatically extended when it is opened. This means that the keyboard is stable and ready for use with minimum effort.”