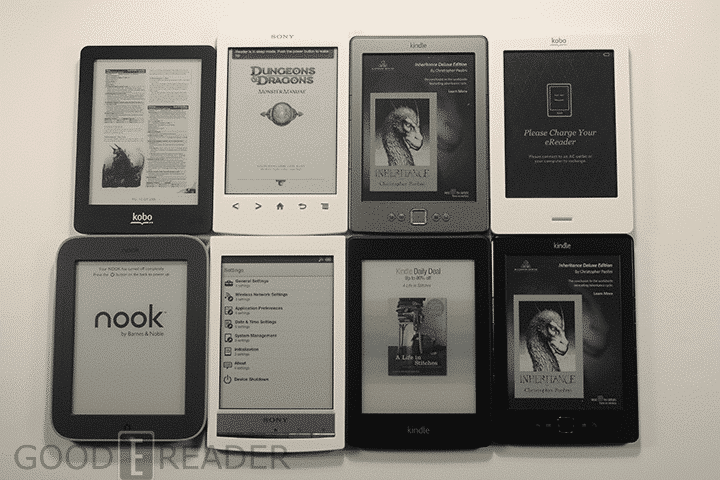 e-Readers have experienced diminished market share due to the rise of lower priced tablets. One of the big draws of electronic book readers is that you can read for months at a time, and its easier on the eyes then your average LCD tablet. This year it is expected that over 4.5 million readers are going to be shipped out in Q4, with Amazon being the largest vendor.

The Amazon Kindle Paperwhite continues to dominate the sales charts and every major retailer is completely out of stock until the end of December. This mirrors last year where the company faced the exact same problem.

This year is poised to break records with the sheer amount of e-Readers going to be sold. The industry will see a 94% increase vs. the 4th quarter shipment figures from 2011.  Although the holiday season often sees the highest amount of sales of these devices, we are seeing a 49% decrease in e-Reader sales year on year. 2012 global shipments will reach 9.82 million e-book readers, decreasing 57.3% from 2011. Amazon accounted for 55% of global shipments, followed by Japan-based Kobo with 20%, Barnes and Noble with 10% and Sony with 6%.

One of the main reasons why e-Reader sales will increase this year is due to the lower prices from last year. The $79 Kindle and $79 Kobo Mini are two examples of very high quality devices being offered at bargain basement prices. There is also more variety, with Kobo offering three new devices, and Amazon offering five. Most of these companies have only released their readers in the last few months, giving them a current generation experience.

Other companies are seeking to eat into the market share of once dominate Sony. BeBook, Txtr, Pocketbook, Onyx Boox, and Bookeen are all releasing new devices and are hoping to do well in Europe.