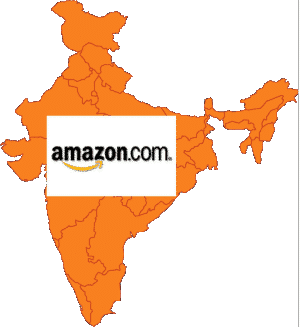 Authors who checked their Kindle Direct Publishing dashboards this morning found an unheralded surprise: the drop down box that lists the different international Amazon sales channels for authors’ ebooks sales on Amazon.com now quietly reads, “Amazon.com (includes India).” Literally overnight, the retailer opened up its ebook distribution channel to customers from the second most populous country in the world.

This is welcome news, especially for indie authors searching for new and voracious readers, as it overrides the issue raised in a February 2012 article in Bloomberg that details the hoop jumping Amazon was having to endure in order to get a foothold in India. Legislation is in place in India that blocks foreign companies from selling multiple brands within the country, which has prevented giants like Walmart from having a sales channel within the country.

Another article from Digitizor.com dating back to June 2011 stated that Amazon would be selling in India within six months–which clearly didn’t happen on that time table, most likely due to India suspended the law that would have allowed foreign retailers–but it did state that Amazon would begin with ebooks, listing a new online division head for India.

There was almost no announcement for the authors other than a welcome blurb on the KDP information page, so the scope of Amazon’s move isn’t yet known. Without any announcement of the venture, UPDATE: The Amazon Press Release on this move can now be found HERE.

Either way, ebook authors are already preparing for what this can mean for book sales, as posts on Amazon’s and CreateSpace’s message boards this morning made mention of the need to alter the USD price of ebooks in order to accommodate for the different income and sales structure in India in order to better reach this new audience.