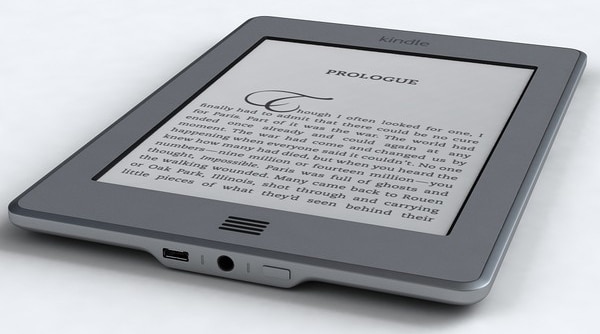 Brazil was the first foreign market Amazon has ever entered, but the company never sold devices directly. Setting up a mail order business and getting shipping done an expedient manner, by which the company sets itself apart from the competition, is a daunting effort. Today it was announced that the Kindle 5th generation models are now available in Brazil, but not from Amazon.

The Kindle 5th generation is the updated 2012 model from the original Kindle that came out last year. This is a non-touchscreen device, and is controlled with the d-Pad. It features faster page-turns than prior models and actually is a fairly solid device (for more analysis, check out our review). This reader is available online, via Pontofrio.com.br and in the Livraria da Vila bookstore.

“Amazon is thrilled to bring the R$299 Kindle to Brazilian customers through Livraria da Vila and Pontofrio.com.br, making it easier and more affordable than ever for Brazilian readers to own a Kindle,” said Alexandre Szapiro, Vice President of Kindle. “Now customers in Brazil can enjoy all the benefits of reading on Kindle with the option to buy in installments.”

Amazon is starting to rely on its electronic bookstores as a gateway to new international markets. Brazil was the first one and China was introduced last week, and it has proven to be a savvy strategy with minimal overhead. Instead, the company is relying on resellers to tap into their established distribution chain to sell the devices. This is beneficial to Canadian distributors like Shop e-Readers, which is the only company in Canada to carry all Amazon Kindle Fire tablets, whereas Amazon does not market them here.