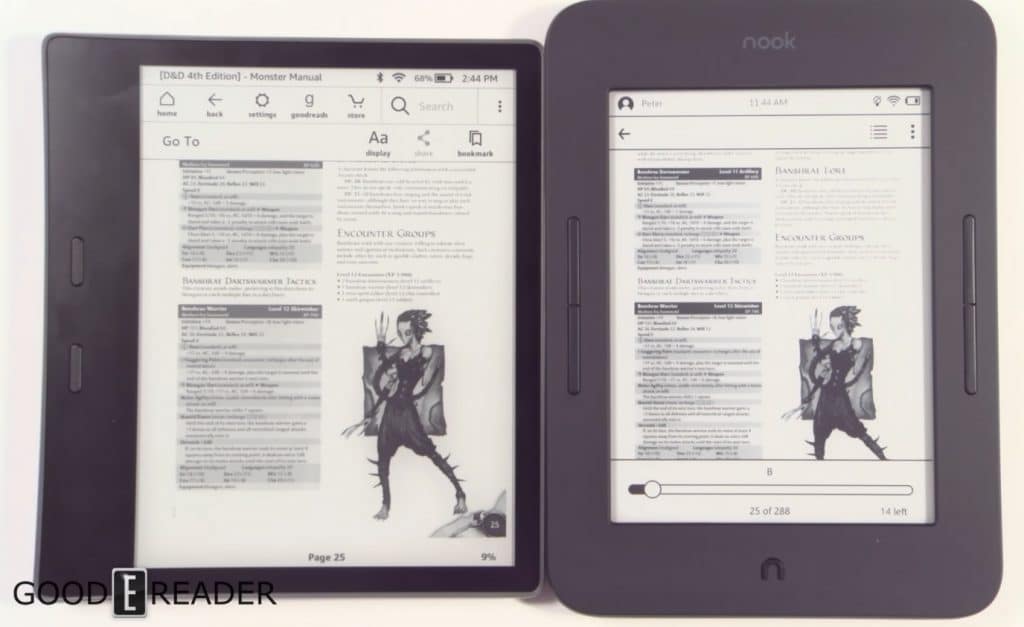 The second generation Kindle Oasis and Nook Glowlight 3 are the latest e-readers to be released and many people might be wondering what one is the better buy. The Oasis is fairly expensive at $290, whereas the Nook can be purchased for $119 or lower.

The Kindle Oasis 2 is waterproof, has Audible integration via Bluetooth and has a bunch of accessibility features. You can invert the background to black and the text to white and narrate all of the touchscreen interactions. The Nook has a new lighting feature that is designed to tone down the front-lit display and is dependant on the time of day. The page turn keys are quite innovative, you can press down to quickly scroll through a book or double tap to jump to the next chapter.

Both of these devices have the same resolution and PPI. The Kindle has a capacitive touchscreen display that is flush with the  bezel, whereas the Nook has a sunken one with IR. The one advantage that the Nook has over the Kindle is that it has more LED lights, providing a better nighttime reading experience. The Kindle has a dual core processor which allows it to perform quicker during routine tasks.