You are here: Home / e-Reader News / Amazon Kindle Oasis vs the Kindle Voyage 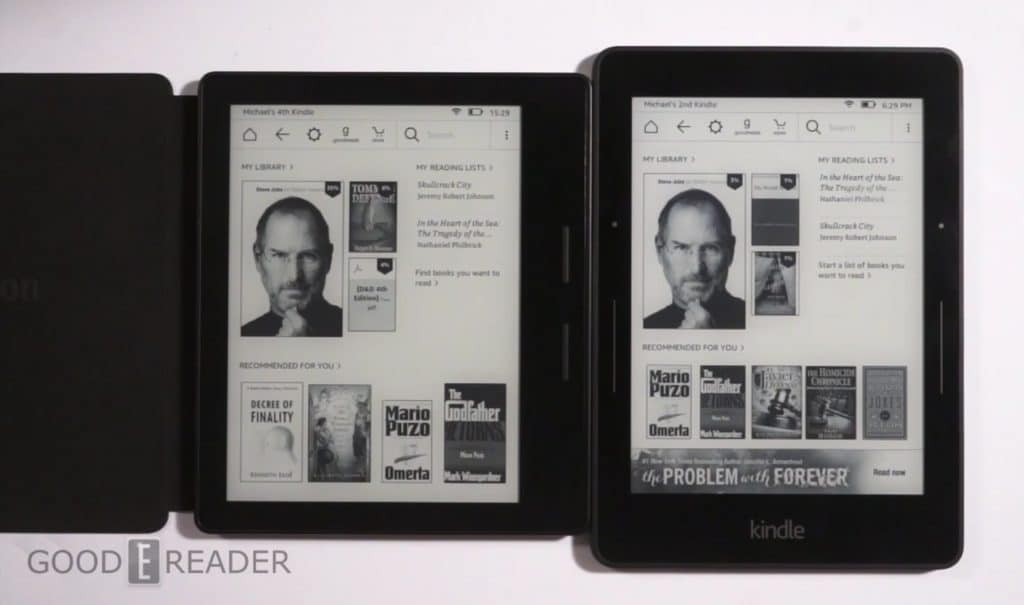 The Kindle Voyage and Kindle Oasis are Amazons flagship e-readers. They are both very unique in different ways and the purpose of today’s comparison is to give you a sense of what these units bring to the table.

The Kindle Oasis and Voyage have the same e-ink Carta display with a resolution of 1440 x 1080 with 300 PPI. The Voyage has six LED lights that power the front-lit display, whereas the Oasis uses 10. This makes a big different when reading in the dark and the Oasis absolutely destroys the Voyage in this regard. In retrospect the Voyage has an ambient light sensor to automatically change the brightness, but the Oasis does not have one.

When it comes to the hardware, the Voyage employs two capacitive buttons on the right hand side and they provide a haptic feedback effect. This allows you turn pages in an e-book, without having to press down on physical buttons. The Oasis on the other hand does have physical buttons and it even has a built in gyroscope to automatically switch orientation. This is useful for people who are are left-handed.

One of the big selling points is that the Oasis is that it comes with a case that has its own battery. You should get double the amount of battery life because the internal Kindle battery gets drained first and then switches to the case. You can charge the case and the Kindle at the same time when you have the Oasis slotted into the case and then you plug the USB into your computer to charge it.

If you are thinking about buying either of these two e-readers, the video below should answer all of your questions.