You are here: Home / e-Reader News / Amazon Voiceview is working on the Oasis and Voyage 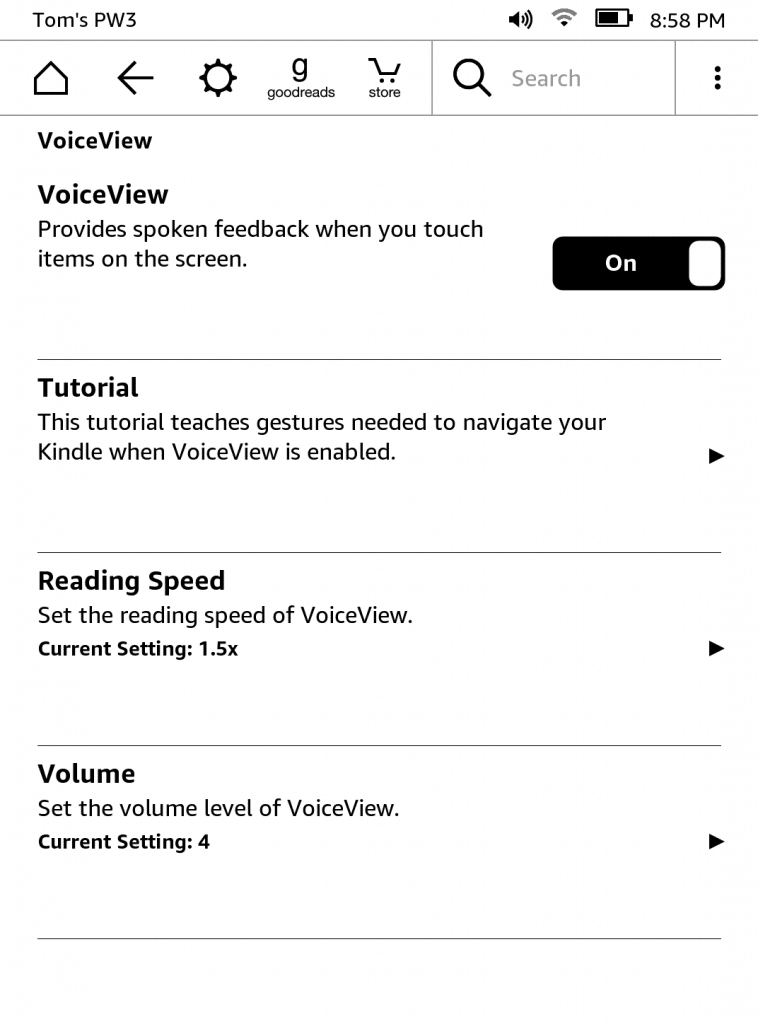 The Amazon Kindle Voiceview is a new USB audio package that makes it easy for people with vision disorders to use an e-reader. You will be able to not only have Kindle books read aloud, but also gives you vocal prompts on any of the UI elements.. When Amazon first announced this new feature earlier in the week, they said it was only compatible with the latest generation Paperwhite. I now have official confirmation that it is also working on the Kindle Oasis and Kindle Voyage.

Amazon does not sell the visually impaired voice bundle as a standalone item yet, you need to purchase the Paperwhite e-Reader and accessory package. If you want to use it on any of the modern Kindle e-ink readers you need to is plug in the audio adapter and a new option will appear under ‘Quick Settings’ called ‘Voice View.’ There is a mini tutorial that walks you through the core functionality, which takes around five minutes.

I have heard from sources at Amazon that they will sell the USB Audio bundle as a standalone item sometime in the next few months. It launched with an older e-reader because they want to sell off excess inventory for a new series of devices that will be released in in September or October.