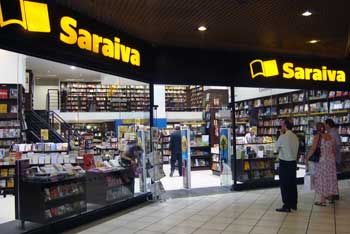 According to an article by Cristiane Lucchesi and Francisco Marcelino for Bloomberg, Amazon may be working on expanding its international reach with the acquisition of the largest bookseller in the largest South American economy. Although nothing has been confirmed, the article states that Sao Paulo-based Saraiva is a Brazilian publisher and internet book distributor and that talks between the two companies have occurred.

Interestingly, Saraiva experienced a 7.3% increase in its stock, the highest it has reached in over a year. As a retail market, Brazil is experiencing growth in internet sales, which has also been fueled by reports that the government will be investing in ebooks within two years.

As of late, Amazon has become quite adept at bringing the convenience and value of digital reading to its international platforms, such as with the announcement last week that it would be expanding its Kindle Owners’ Lending Library to three of its foreign markets, in UK, Germany, and France. Earlier this season, the online retailer and ebook distributor also opened sales in India through its US-based Amazon.com market. This successful international expansion comes less than a year after Amazon even began ebook lending to Kindle customers.