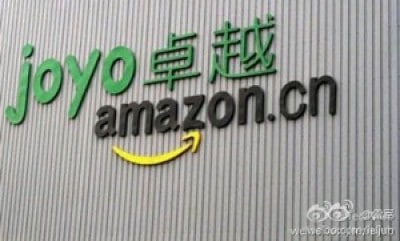 GoodEReader.com reported over the summer on news that Amazon was working towards its Chinese expansion, and the online retailer’s Asian market plans are progressing with the development of a 22,000 square foot distribution center in the city of Nanning, close to the shared border with Vietnam. A deal was signed yesterday to create the $95million distribution center, creating over 1,000 new jobs. The location of the center will provide access to China’s southeastern trade.

While this project has been in the works for Amazon.cn for some time, one new development that will hopefully arise from the agreement is the installation of an Amazon.cn Kindle Store and access to the Kindle Fire tablet for the Chinese and Asian markets.

With so much focus being placed on the emerging digital publishing frontier in China, hopefully Amazon will unleash a Kindle Direct Publishing platform for China on the same day that it launches the dedicated Kindle store, similar to the timelines put in place for the recent Kindle stores for Spain and Italy.

China is already enjoying the beginnings of indie publishing access with some of the country-specific online book retailers like Dang Dang developing ebook distribution platforms as an outcropping of their online stores.

Amazon.cn, which developed from the former Joyo Amazon partnership, has been busy building its online presence as a retail shopping site for the Chinese market. The agreements that allow the distribution center will mean easier access to Amazon goods and services in southeast Asia, and hopefully more widespread access to ebooks and digital publishing.