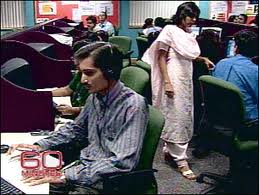 Amazon.com is looking to expand its reach to the Asian market through India, according to TheBookseller.com and Times of India. The online retail giant has bought 80,000 square feet of land at SP Infocountry, as well as built a warehouse and hired a new executive, formerly of Landmark. The new hire to head up operations is based out of Chennai, which is also where Amazon’s Kindle development site is located.

So far, Amazon has only been in talks with current digital commerce mainstays already operating within the country, such as online bookstore Flipkart.com. While Flipkart is a large online source of ebook content within India, the retailer has already been operating as a mini-Amazon, offering devices, music players, MP3 downloads, movies, even health & wellness products. While it’s unclear whether Amazon is seeking to take over the site and incorporate it into an Amazon.in site or if it will continue to operate it under its recognized name is still up for debate. Amazon has the same interest in Letsbuy.com and Exclusively.in, an electronics retailer and a luxury goods site, respectively.

If Amazon establishes its own presence in India under Amazon.in, this will create another in a long line of international sites for the retailer, following the launch of its other country-specific Amazon stores in Canada, China, France, Germany, Italy, Japan and the United Kingdom. Amazon would hardly be alone in the buying out of Indian e-commerce sites, as eBay and Groupon have already purchased established sites within the country. Amazon is currently in the process of hiring in the areas of Hyderabad, Bangalore and Chennai, with about 200 employees brought on to date.