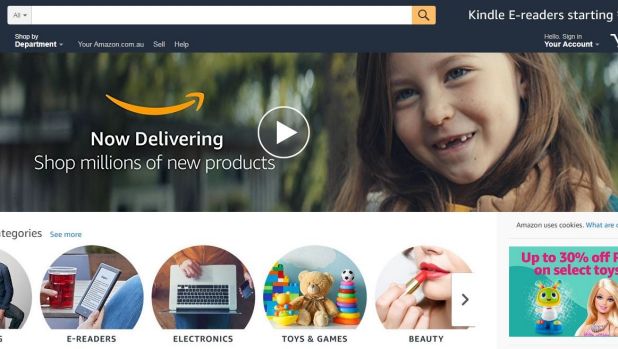 Amazon has just opened their Kindle Store in Australia and has begun to sell Kindle e-Readers directly.
Compared to the prices customers pay in the United States, the prices Australians pay are on the expensive side. The entry level Kindle is retailing for $109, Kindle Paperwhite is $159, the Kindle Voyage will set you back $299 and the all new Kindle Oasis is a staggering $389.  All of these e-readers will ship out of the main Melbourne warehouse.

Customers in Sydney, Melbourne, Brisbane, Adelaide and Canberra will be able to pay $9.99 for one-day priority delivery, while customers in Perth and other cities and regional areas of Victoria, NSW and SA will have to pay $11.99 for shipping within two business days.  Amazon plans to offer free delivery on orders over $49 and it will take three to seven days in Sydney, Melbourne, Brisbane, Canberra, Perth and major regional areas of Victoria, NSW and South Australia. Otherwise delivery to remote areas will take a little bit longer, between seven and 10 days.