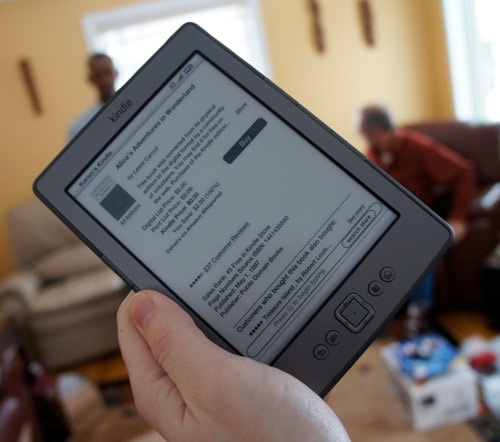 The e-book reader market in Japan may be poised for a major shakeup now that Amazon is all set to introduce its Kindle Touch 3G e-reader there in April. Price of the Kindle e-reader would be 20,000 yen, which converts into $258. That’s quite a bit on the higher side considering the same is available in the US market for just $150. However, the price is still lower when it comes to readers with 3G capability, which usually cost more in Japan. The 3G service in Japan would be provided by domestic player NTT DoCoMo and not AT&T.

The e-reader, if it indeed were to make it to the land of the rising sun, would be the first of its kind on foreign soil. Amazon has only recently started accepting orders for the Kindle Touch from countries outside of the US, though that has been restricted to the Wi-Fi only version so far. Right now it is Sony and the other local makers that are ruling the roost so far as e-readers go in Japan. A foreign element adding to the competitive spirit in the market would have far reaching effects, and the consumers are set to benefit more than anyone else. Sony, along with other domestic players, might be forced to re-think their pricing strategy once the Kindle Touch makes it big.