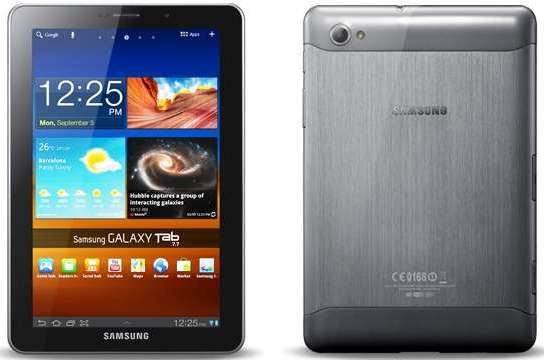 Anyone in India with exactly Rs. 33,571 at his disposal will be able to bring home the new Samsung Galaxy Tab 680 tablet device. That’s a bit lower than the Rs. 34,900 that the tablet was previously anticipated to sell for. Also, lest you think the Tab 680 is another new tablet device from Samsung, it’s the same Tab 7.7 device as is known elsewhere in the world. It’s just the change in name that has been affected for the Indian market.

Specification wise, the tablet runs on a 1.4 GHz dual core processor and is 3G enabled. However, one of the biggest USP of the tablet is its Super AMOLED Plus technology based 7.7 inch display sporting a resolution of 1280 x 800 pixels. The OS is Android 3.2 Honeycomb.

With the compact dimensions and 3G functionality, the Galaxy Tab 680 should serve as an excellent entertainment device. More so with such stunning displays which will not only bring to live images and videos, but will also serve as just the right device for reading e-books. For this, the tablet comes pre-loaded with the ‘Reading Life’ app though there is a host of other e-reading apps available online such as Kobo, Amazon, and so on. Also, of course, there is the Good e-Reader App Store that you can head to for the best e-book reading apps.