You are here: Home / Digital Publishing News / Apple Sees a Publishing Backlash in Germany Due to Discounted iTunes Giftcards 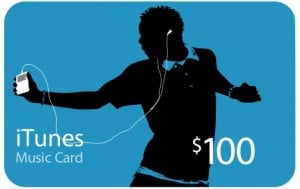 One of the ways Apple has solidified its position as one of the dominant market forces with its iTunes ecosystem is with the savvy marketing of giftcards. Not only does it make a good gift, but also allows people who do not have access to a credit card to purchase ebooks, games, and apps. Recently, in order to stimulate sales, companies like Walmart are offering $100.00 giftcards for only $80, which gives people an opportunity to pick up some books for free. This is not going over well with publishers in Germany and they have sent cease and desist letters to make their case known. This has resulted in discounted iTunes cards to NOT be allowed to purchase ebooks in Germany at all.

In Germany there are laws in place that protect small bookstores from bigger companies deeply discounting books. It is under this legislation that Apple has to cave in and respect the German publishing industry. You can still use discounted iTunes cards in most other markets, but just not in Germany.