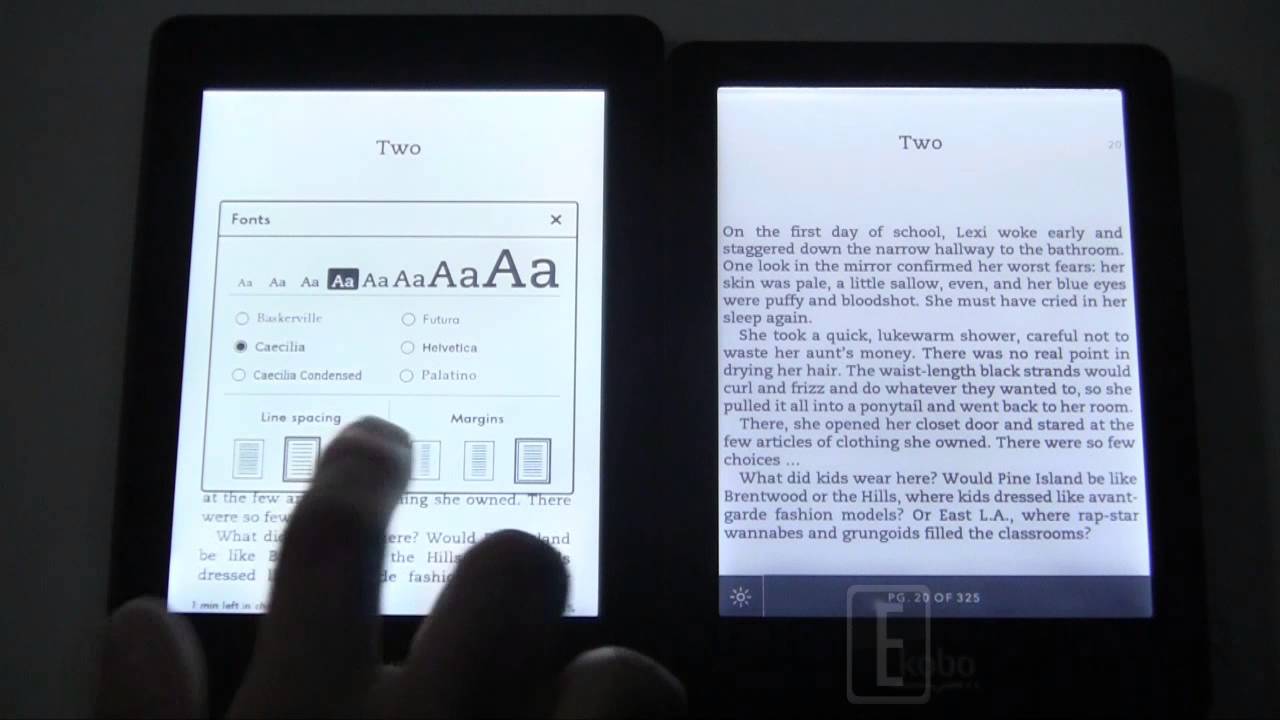 E-Readers have been utilizing a front-lit display since the Sony Prs-700 in 2008. This technology primarily uses a series of white LED lights alongside the bottom of the bezel and project light evenly across the screen. Early products that used this tech was the Nook Simple Touch with Glowlight and Kobo Glo, they had uneven lighting, that had dead areas on the screen, where the lights could not reach. As the technology has matured in the past 5 years, lighting has been more even and vendors have included amber LED lights, for a candlelight effect, this makes it easier to read at night, since you are the bright white screen can be muted.

Front-light technology used to be only on six inch e-readers, but screens have gradually increased in size and now it is common to find 13.3 inch products like the Onyx Boox Max Lumi or Dasung Paperwhite Pro 3. Some companies are putting even more lights into the bezel, to make sure there are no grey areas or parts of the screen where light cannot reach. An example is the Onyx Boox Note Air, which packs 36 LED lights, the most ever found on an e-reader.

The average number of lights found on a traditional e-reader made in the past two years is 16-19. Prior to this, they mainly used 4-5. This means if you have an e-reader made between 2016, you will likely have less LED lights on the front-lit display than an e-reader made after 2018. Cheap e-readers, tend only to have a few LED lights, such as the Kindle Basic, Kobo Nia, or Nook Glowlight 3. Mid Level e-readers such as the Kindle Paperwhite, Kobo Libra, or Nook Glowlight Plus 7.8 all have double the lights, premium models tend to have the most amount of lights, because with a bigger screen, you simply need more, to illuminate it properly.

I have found with testing various e-readers over the years, some front-lights make the screen appear blue or yellow. Very few give you a pure white screen, with even light distribution. Jacking up the amber LED lights, often give you an orange screen. To get the best illumination experience, you often have a go through some trial and error to find the best experience.

Front-lights are an important part of e-readers. It allows you to read in the dark, without the light shining into your eyes, such as backlit smartphones or tablets.  You can read for hours, without eye strain, which is critical. Are you happy with your front-lit display on your daily driver? Do you find some brands have a better lighting system than others? I always found that the Paperwhite series always had the best lighting system on a six inch.

You can learn more about front-lit displays in a story I wrote a few years ago.