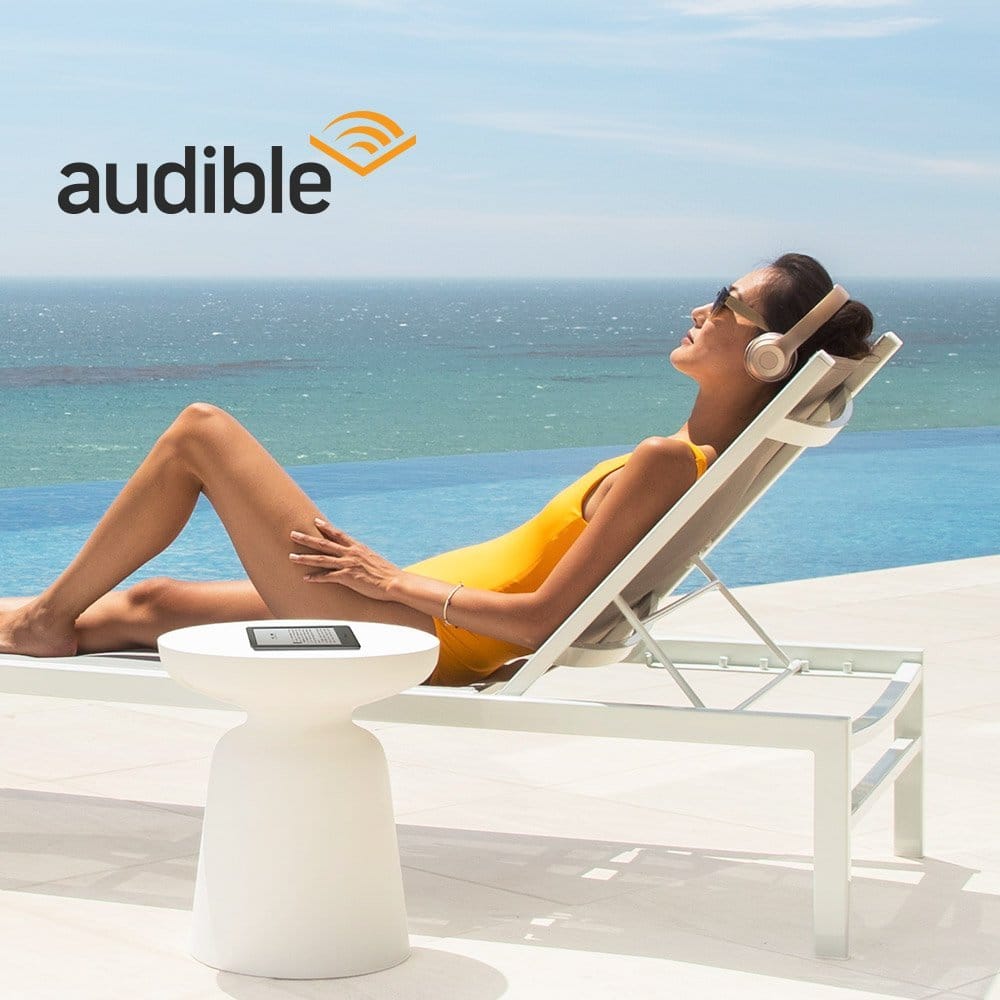 Amazon is preparing a firmware update that will allow users to purchase audiobooks directly from Audible and listen to them on the Kindle. The first generation Kindle Oasis and entry level $79 Kindle will unlock the Bluetooth chip and introduce an audiobook player. These two models do not have a headphone jack but you will be able to hook up a pair of bluetooth headphones or a wireless speaker.

Amazon  is currently drafting up marketing material for Audible on the Kindle. They currently only have imagery available on the entry level Kindle for $79, but other models will have it added sometime in the near future.

The Voyage and Paperwhite both have Bluetooth chips and are compatible with the Kindle Audio Adapter, which is a small device that plugs into the USB port and has a 3.5mm headphone jack. It was designed to give people with vision problems the ability to have a text to speech engine that would read aloud anywhere you pressed on the touchscreen and would narrate e-books. I believe that due to the Bluetooth chip in these two devices that will also get the Audible treatment sometime in 2018.