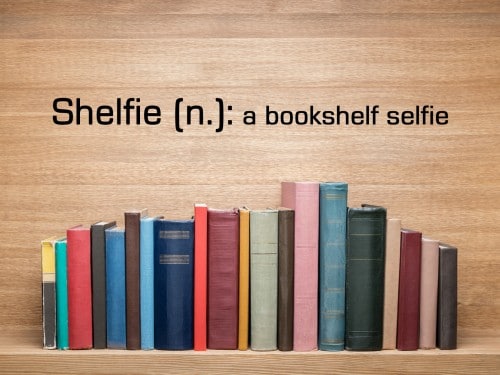 Shelfie is a digital bundling platform that allows you to scan your physical bookshelf and it will produce a list of audiobooks and e-books that are eligible to receive discounts. The company has relationships with hundreds of publishers and they all bought into the fact that if you own the print version, you should receive some sort of discount when investing in digital.

You might have heard that e-book sales have been falling on a quarterly basis for the past two years. This is primarily due to the fact that people are losing trust in the format. Companies have been closing at an accelerated rate and people who made a ton of purchases lose access to their e-bookr or are forced to do business with Kobo.

Shelfie formally known as Bit.lit launched in 2013 and the company is based in Vancouver, British Columbia. They have just announced that they are shutting down their servers on January 31st 2017 and gave their users less than 24 hours notice. The vast majority of e-books that customers had purchased had DRM, which means everything will be lost and there is no way to back them up. The few titles that did not have digital rights management can be saved to your computer, but the average user will likely not receive the email from Shelfie in time to do anything about it.

CEO Peter Hudson told Good e-Reader that “”In the end the unit economics of ebook sales just don’t make much sense if you don’t own the platform like Apple, Google, or Amazon.”

I am honestly not surprised BITLIT shut down. Their last Twitter update was from 2015 and they only post one Facebook entry a month. A company involved in the e-book space should be heavily invested in social media because that is where the average reader is hanging out these days. If someone is on social media and not given polls or provided with booklists your business is as good as dead. GoodReads is a good example of how to maintain a good social media presence.

Additionally, one of the greatest flaws in your entire business model centering around an app is building customer awareness.The company employed a bunch of engineers, a PR person and that was it. There was nobody in charge of user acquisition or had a cohesive marketing strategy. They did not approach established smartphone/tablet vendors to have their app preloaded on their new devices and give them critical exposure.

Shelfie/BITLIT will continue to hold onto all of the patents that they own and are likely going to be shopping them around to Amazon or Kobo. Amazon owns the Matchbook platform, which basically did the same thing, but Kobo does not have a system  like this and they might be interested.