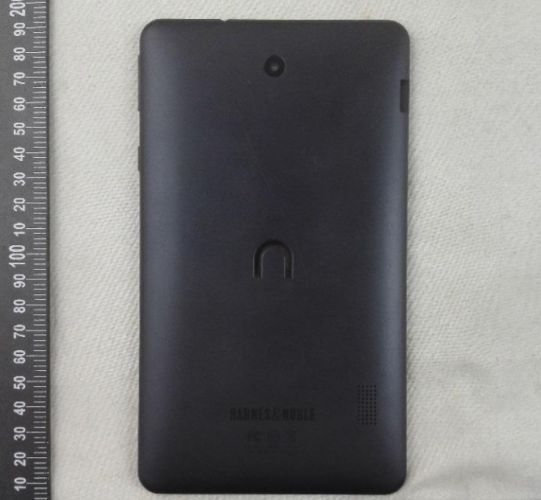 Barnes and Noble abandoned making their own tablets in 2013 and forged a relationship with Samsung to rebrand their devices. The Samsung for Nook line has been sold in all 600 bookselling locations for the last three years and it now looks like B&N wants more control over the hardware and it looks like they are back in the tablet game, designing their own devices.

According to FCC documents B&N has just developed a new seven inch Nook branded tablet that is designed to compete against the $50 Amazon Fire.

Here is what we know the hardware will have

The new Nook tablet will have full access to the Google Play Store, since B&N shuttered their own app store earlier this year. It will also have the same type of e-reading apps that have been pre-loaded on the Samsung tablets, users will be able to use Nook Readouts, have access to their cloud library and read all of their e-books and magazines.

I think the main reasons why B&N is resurrecting their hardware is because Samsung does not make really cheap tablets and this forced the nation’s largest bookseller to develop their own.  This is a great move on their part and this new device should be hitting retail shelves sometime in the next month or two.