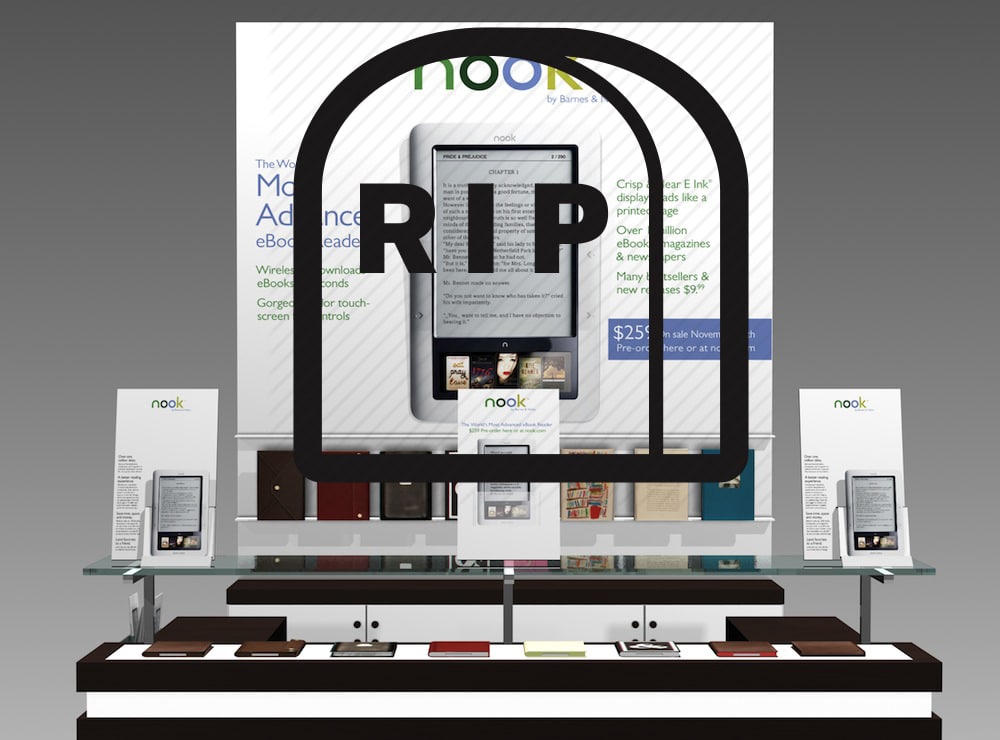 Barnes and Noble is officially not prioritizing the Nook anymore. The company has announced that in the past three months hardware digital sales fell 8.6%, to $25.3 million. One of the big reasons of the decline is that some stores were moving the Nook section to the back of the bookstore. Apparently this is going to occur in every store going forward.

Tim Matel the Chief Merchandising Officer of B&N said during an investor conference stated “Among the priorities, we’re focused on improving the customer experience in our stores by remerchandising the sales floor in key areas and several initiatives will improve product presentations that specifically benefit the book business. For example, at the front of the store, we are removing NOOK fixtures that were once required to serve a larger business. In the new configuration, it will be easier for customers to shop and more efficient for booksellers to provide service.”

There have been many stores that have disclosed to Good e-Reader that they have been mandated to disassemble the old display units and throw them away or to put them in storage. Nook is now normally found at the customer service counter at the back of the store and there is no longer going to be signage. Most stores will not even have a display unit either.

Barnes and Noble is throwing in the towel on the Nook and giving the floorspace to books and gifts. Maybe this is because their overall revenue fell almost seven percent last quarter, to $795 million. This whole situation will obviously benefit Amazon, which should get older Nook customers looking for an upgrade. It will also be a boon for Kobo, who now has retail visibility in 1,000 Walmart locations in the US and is selling audiobooks and ebooks in another 3,500.