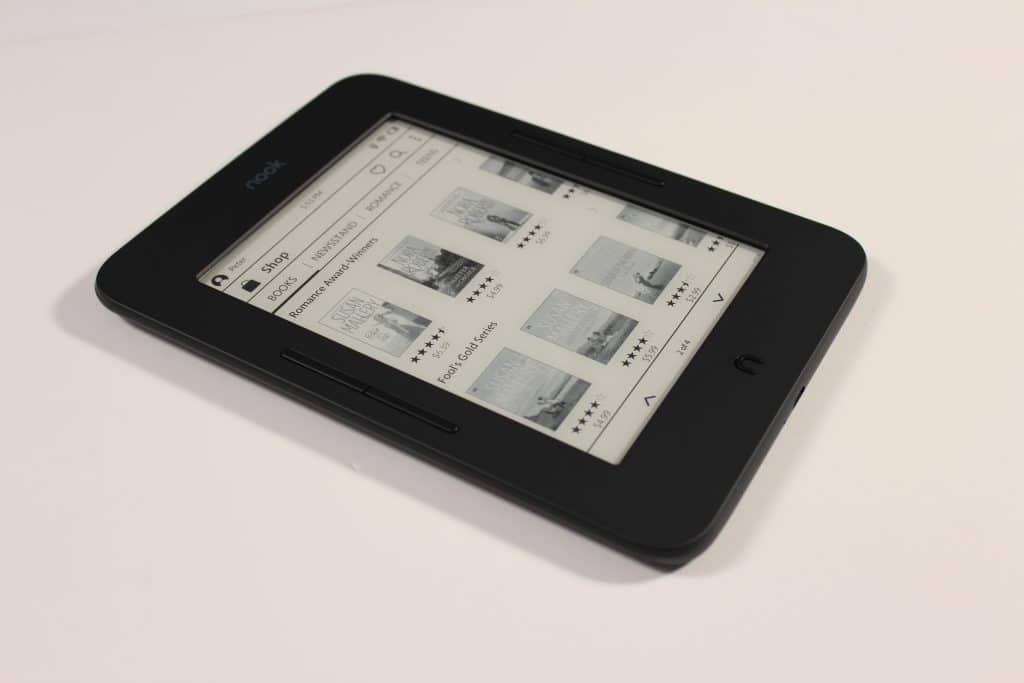 The Barnes and Noble Nook Glowlight 3 was released last month and the regular price is $119. In order to sell as many units as possible, the bookseller has just put it on sale. You can pick one up for a paltry $89 and if you are a B&N member, you can save an additional $9.00.  This deal is only available online and not in their bookstores. I think this is a tremendous deal if you live in the United States and want to buy a new Nook.

Barnes and Noble is marketing this device as the highest resolution Nook ever produced, but it has the same 1440×1080 and 300 PPI as the Nook Glowlight Plus released two years ago. We put both of these devices side by side to see the differences and they are pronounced. When you are reading an e-book the clarity of text is crisper on the new Glowlight 3. This is due to a myriad of factors.  Sunken screens often employ infrared technology from NEONODE and this makes text looks crisper on E-Ink CARTA vs a capacitive touchscreen display whose screen  is completely flush with the bezel. Text is also amazing on the new Nook Glowlight 3 because of the new front-lit system.