You are here: Home / Digital Publishing News / Barnes and Noble Weighs in On the DoJ Lawsuit, Predicting an Apple Victory 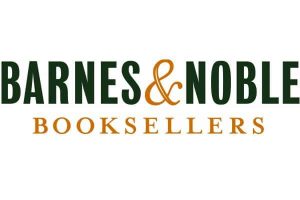 Last week, GoodeReader posed a rhetorical question, essentially asking why so many individuals and organizations have voiced their opinions in favor of Apple and several publishers who have been accused of colluding on ebook prices in order to drive consumer traffic away from Amazon. While there is no doubt that some parties may just see a way to bring the online retailer down a peg, some of the groups are actually waiting on the outside of the case to see how it will have serious consequences for their businesses.

Barnes and Noble’s general legal counsel Eugene DeFelice gave an exclusive interview to Good e-Reader about how the outcome of the lawsuit stands to have an impact on other retailers.

“There’s a process by which interested stakeholders who are not a party to the litigation can petition the court to be heard on what they think the court needs to know,” explained DeFelice of the amicus brief, or “friend of the court” brief, that B&N filed last week. “In this case, the court is looking to the possibility of approving the settlement that was entered into with three of the publishers. We asked the court if we could file briefs on this matter to be heard on why this settlement should not be approved.”

Unlike some individuals who have merely voiced their opinions on what they feel the outcome should be, whether in favor of Apple or in favor of the pricing model that Amazon originally soared with, Barnes and Noble stands to have their very extensive and time-honored contracts with the publishers come under fire.

“There’s no lawful basis for the DoJ to meddle in our contracts. If they find evidence of wrongdoing from someone else, they should go after those people instead of changing how we have to do business. Instead they would be saying, ‘You have to stop doing business the way you do,’ even though on July 23rd [in the Tunney Act], the DoJ said that the agency model is legal.”

The mode of business that DeFelice is referring to is the much contested wholesale model versus agency pricing model that has been at the center of this lawsuit. While Amazon originally worked under the wholesale model, which afforded the retailer the opportunity to sell ebooks at less than their cost in order to push sales of their Kindle e-readers, the alleged collusion between Apple and five of the Big Six publishers  actually refers to their switch to an agency pricing model, which allowed publishers to set the price of the ebooks for the retailers. Agency pricing has not been found to be illegal, and no criminal charges have been brought against Apple or the publishers; the three publishers who settled out of court in the DoJ lawsuit have admitted no wrongdoing.

“I’m not sure what kind of damages they’re looking to get out of this, or that there are any damages… No one has received notice that they’re being investigated for criminal charges.”

So if no criminal activity has been charged, it would seem the only end result of the lawsuit may be a change to the way all retailers have to do business with the publishers, an outcome that DeFelice sites as irresponsible on the part of the DoJ. However, in his opinion, that’s not the outcome we should expect from the proceedings.

“Apple’s going to take them to court, and they’re going to win. If the best that the DoJ has was in their initial complaint, I don’t see Apple losing.”