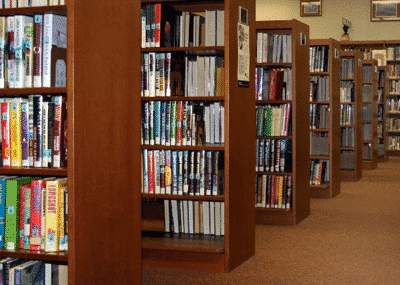 Amazon announced its plans to launch its flat-fee Kindle Lending Library earlier this month to coincide with today’s release of the Kindle Fire Tablet. Immediately, the critics came out to rail against the concept, a model which works very similarly to Netflix’s basic subscription: Amazon Prime members will be allowed one book loan per month from a catalog of more than 5,000 titles for as the long as the reader takes to read it. Additionally, that title can only be borrowed one time by that reader.

Immediately, publishers had questions on how they would make their profit from this. Amazon offered a very simple flat-fee system from the publishers in which it bought the book at wholesale. This was welcomed by some publishers who could easily see the benefit in having their authors’ titles included in the library. Others, mostly critics who won’t be pleased with anything Amazon does, rejected the idea.

A number of publishers, the Big Six included, argued that they had the right to set the prices on the ebooks. This argument dates back to the introduction of the iPad and the iBookstore; the behind-the-scenes goings on of possible price fixing between Apple and the Big Six have led one consumer action group to file a class-action lawsuit against those parties for price fixing, but the end result was that Amazon had to artificially raise its prices on a large number of bestseller and mid-list ebooks, sometimes for more than the cost of the paperback version of the same book, or risk not having those titles at all.

What the critics are not taking into account is the popularity of e-reading, especially with the huge number of devices to choose from. Consumers have demonstrated that they enjoy having all of their books in one location, to the extent that ebooks have been outselling print editions for quite some time. A lending library that allows the user to have access to the title only one time could very well translate into even higher numbers of sales, as consumers opt to buy a title that they particularly enjoyed.

So who are the real victims in these games? Potentially, everyone. According to an article by Virginia Postrel in the Washington Post, the constant war being waged between publishers and digital reading outlets could alienate a lot of key people. The reading consumers are going to grow tired of paying outrageous prices for ebooks. Larger numbers of authors than ever before are beginning to see the benefits of washing their hands of the publishing industry all together. The publishers are still clinging to one of the oldest business models still active. As for Amazon, the bookseller has become one of the largest online retailers for a massive variety of products and isn’t likely to be going away any time soon; books are just one piece of its pie.