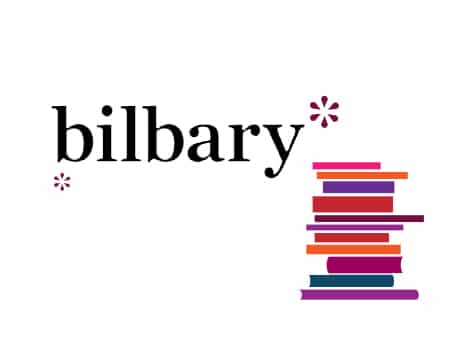 When ebook platform Bilbary launches sometime in March or April, it will have something that can’t be found in one uniform web location: ebook access from all of the Big Six publishers. Currently, the negotiations surrounding Bilbary’s partnership with those and some 2,300 other publishers are for ebook purchasing, although some of those major publishers are already at work on lending the ebooks to users for a rental fee rather than a purchase price.

Founder Tim Coates, the former CEO of Waterstone’s, Sherratt & Hughes, and WHSmith and a long-time advocate for public libraries, developed Bilbary with the intention of bridging the current divide between public libraries who wish to lend ebooks to their patrons and the publishers who have to guard the interests of their companies and their authors.

“In all the years that I’ve been involved with books, I’ve never seen a year like last year. Four or five major battles, almost wars, were going on in the industry,” said Coates in an interview with GoodEReader.

“I have spent the last ten years working in the public library system, trying to save them because they are at the brink of destruction and closure. It’s a shame, but not entirely unpredictable. They are very different than bookstores because they provide enormous low cost access to reading. Two-thirds of reading is books that come from public libraries, while one-third of reading material comes from bookstores. Therefore, libraries are not just a player in the game, they are the player. People who don’t see that are not conscious of how important libraries are. There’s a gulf between the libraries and publishers and it’s coming from 150 years of tradition.”

Bilbary readers will access cloud-based content via the website where they will be able to establish small personal libraries of titles. Ideally, those titles will be available for the users to borrow on any e-reader device, either for free or for a rental fee. The powerful search engine will help users browse and locate specific title, while the recommendations feature will use actual reader input to help users make selections.

To date, five of the Big Six have signed on with Bilbary, and coupled with the host of other trade and academic publishers from around the world, 750,000 titles will be available at the full launch. Bilbary is also reaching out to self-published authors to promote indie ebooks; the company is also highly focused on developing an international following, beginning with work in Germany, Spain, China, and India.

But where do the public libraries fit in if Bilbary is enabling users to borrow ebooks through its site? The answer goes back to the negotiations that Coates is working on with the publishers. By demonstrating how ebook lending can work through this site, he hopes that publishers and libraries can put to rest some of the concerns that both sides have on the issue. Additionally, by allowing users to purchase ebooks through the site, Coates plans to extend a sign-up process in which users can support their local libraries through their ebook purchases.

“The libraries and the publishing companies are both very concerned with people reading, just in different ways,” continued Coates. “This is building a bridge between the publishers and the libraries, all to benefit the readers.”