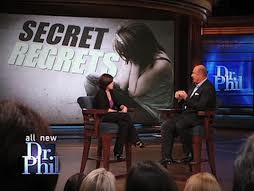 With the rise in platforms that make publishing a book even more accessible to a wider audience of writers, the publishing industry as a whole has had to become even more selective than ever before. One of the frustrations, especially for writers of non-fiction and self-help titles, is that the industry wants to see clear numbers on an author’s reach of influence and audience before taking a risk on his work.

Therefore, blogs have become just one of many sources for agents and publishers to view an author’s following. Several nationally recognized bloggers have been offered publishing deals based on the numbers of readers who view and subscribe to their blogs, giving the industry a plausible base for speculating on the potential reading market for a specific blogger’s book. View an excellent article on keys to blogging here.

Kevin Hansen, founder of the blog SecretRegrets.com, found that his unique site offered him not only the following he needed to prove to himself that a print book was a viable project, but also ended up providing him with much of the content to include in any book venture that he chose to pursue.

“I started a number of blogs about four years ago about what people were willing to confess about themselves. With the cloak of being anonymous on the internet, I found it intriguing what people were willing to say about themselves. One blog was about most embarrassing moments, another was about people’s funniest moments, but one that really struck a chord was based on the biggest regrets of your life. It hit a nerve with the public and became one of the more popular ones I started. It now has over a million views, and more than 20,000 people have confessed the biggest regret of their lives,” said Hansen to GoodEReader.com of the idea behind his blogs.

The premise of his SecretRegret blog is that an anonymous commenter will post his or her regret or missed opportunity, and fellow members of the online community can comment on the post. Hansen found that in most cases the follow-up comments pertained to offering support to the person stating the original regret. In some rare cases, the original post has even bordered on alarming, such as the case illustrated in the introduction to Hansen’s book Secret Regrets: What If You Had A Second Chance? in which a sixteen-year-old posted that her mistake was leading her to thoughts of suicide. The outpouring of concern and support on the site was emotionally overwhelming, even for Hansen, as the readers offered her numerous outlets to speak with a professional and in some cases, even pleading with her to call them personally before making a rash decision.

“So many people were posting regrets and supportive comments, I knew I could condense it into the more noteworthy postings and put it into another format in order to reach more people. My book is now being used as required college reading in some human relations courses, and I’ve become a speaker as a result. The whole process opened up the project to a new audience,” adds Hansen.

“I knew that I needed an avenue to get the book to market. I started traditionally, contacting a few publishers and receiving some very encouraging feedback. At the same time, a friend of mine actually published a book with CreateSpace and introduced me to the new movement in indie publishing. I was able to make my book into exactly what I wanted it to be, which was something to help people, not just the dollar signs that a traditional publisher has to worry about.”

Following the success of self-publishing Secret Regrets, Hansen has been featured in a wide variety of outlets, including an entire episode of The Dr. Phil Show earlier this year. He is currently working on the content for a second book, as the exposure has led to even more subscribers posting new accounts on his blog.