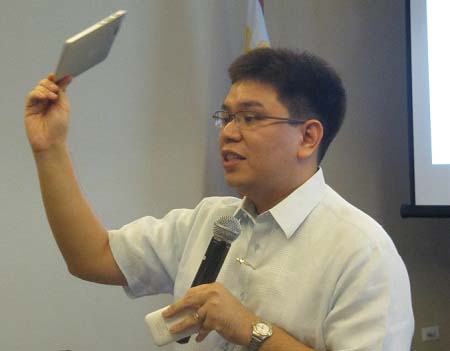 One of the major events that occurred at the Manila Book Fair was a local book publisher announcing a new Android device. Diwa Learning Systems is trying to take advantage of the digital book boom with its new Yopad.

Brian Belen, executive director of Diwa, said the China-made tablet computer will be available in the coming school year 2013-2014. The device is expected to be sold for “less than P10,000” as a stand-alone unit, according to Belen. The  7-inch tablet will come pre-packaged with Diwa’s digital content, such as Genyo e-learning and e-textbooks. Any school using this tablet will have to pay an additional amount to cover the cost of the e-textbooks.