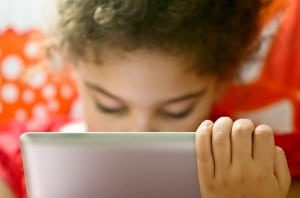 While parents might hesitate to hand Junior a $600 tablet to read a book, more and more parents are seeing the value in guiding young children through the basics of tablet computing. As a 21st century skill, tech savvy parents are responding to the wealth of content available for tablets in order to prepare their kids for the kinds of technological expectations they may find in school.

And the publishers are responding in kind. Several large children’s digital content developers launched new titles and features this week, aimed specifically at the younger tablet and computer users.

Oceanhouse Media, publishers of all of the digitized Dr. Seuss titles, launched a Dr. Seuss Bookshelf app, available free in the iTunes store, that will serve as a comprehensive location for all of the interactive Dr. Seuss app books.

Scholastic initially announced the launch yesterday of its Clifford’s Big Birthday app as a celebration of the beloved dog’s 50th anniversary, but then followed up today with a press release announcing the the Clifford app had reached the top ten on iTunes in two different categories, reaching both within the first 24 hours of the release.

Finally, JK Rowling’s fully interactive Pottermore website announced a few moments ago that new chapters—and thus, new adventures—had been added to the fan site. The second installment of chapters from Harry Potter and the Chamber of Secrets is now open to Pottermore users, along with exclusive content from the author.

While children’s books may not be the main source of ebook sales for publishers, many are developing the market, knowing that today’s app book reader is tomorrow’s ebook consumer.