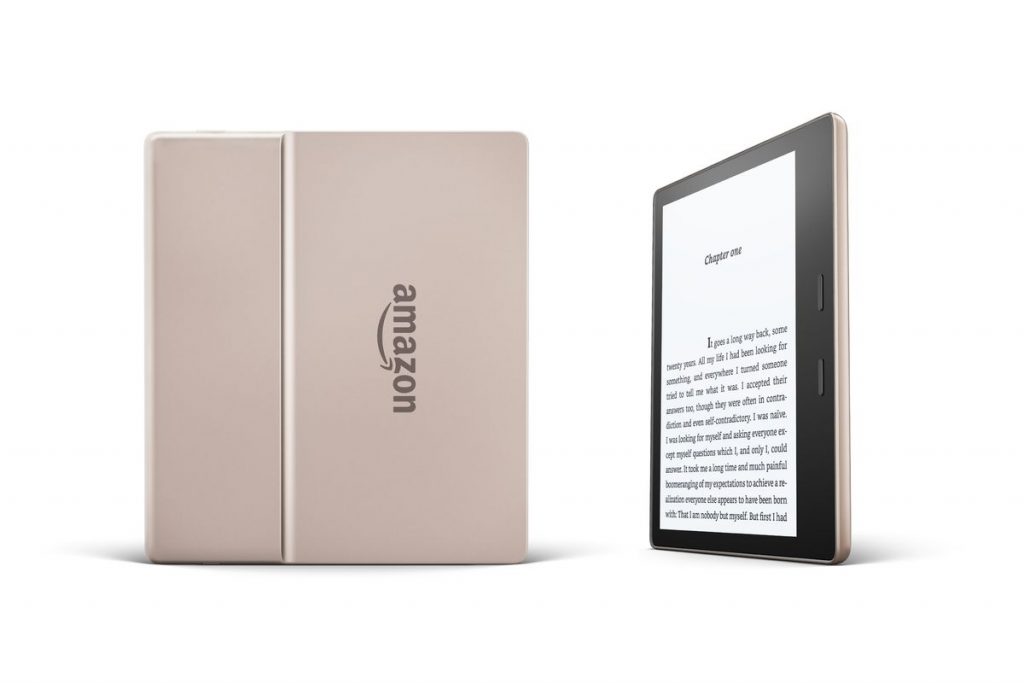 The Champagne Gold Amazon Kindle Oasis will start shipping out to customers placed pre-orders on April 11th and people can place new orders will have theirs shipped out soon thereafter. The regular graphite version has been out of stock for the past three weeks, but Amazon will be getting a new supply  and has promised that they will begin shipping it out on April 19th.

Many people have been purchasing the Oasis, because it’s the best Kindle Amazon has ever made. This is not only due to it being waterproof or having a large screen or even the ability to buy and listen to audiobooks. No, it is due it having the highest benchmarks and performance ratings. It is the first e-reader to employ the Freescale IMX.7 dual core, which was developed to take e-ink to the next level.