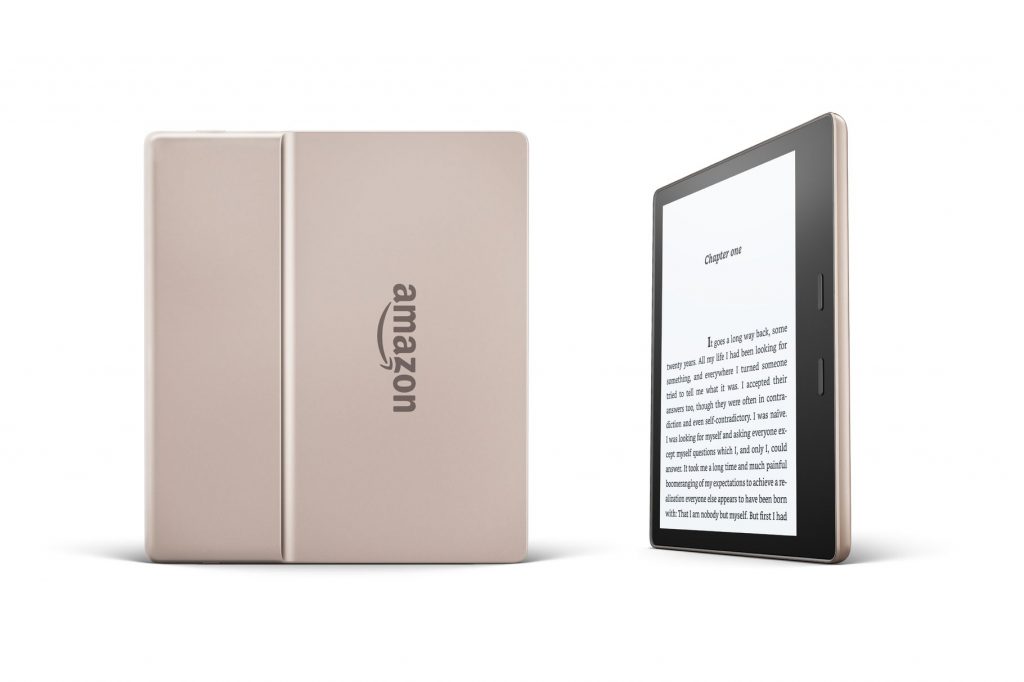 Amazon has just announced their first alternative color option for the Kindle Oasis 2, champagne gold. This new color option will be on the back of the unit and also the sides, the front of the e-reader will continue to be black, in order to make the text pop out.  It will be available on March 22nd and it will cost $30 extra.

I noticed that Amazon is using a different front-lit display system on the new Oasis. The first generation Oasis, Voyage and Paperwhite 3 are all using the same lighting system. The new Oasis is using a different LED lights. This results in a brighter, whiter screen that has crisp text. When we compared the Oasis side by against against older e-readers you can really see the difference. It also is waterproof and has built in Audible functionality.