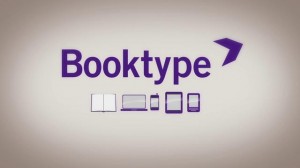 Booktype Pro, the book publishing arm of non-profit, open source media parent company Sourcefabric, has launched a new cloud-based publishing platform to allow multiple authors to collaborate on the same book. With a one-time free option that allows as many as ten authors to login and work on one book, along with premium options for multiple projects or higher numbers of contributors, Booktype can publish to nearly any medium that the creators choose, including PC, device, and print.

But in terms of traditionally publishing a book, why would several authors work on the same title? Outside of traditional fiction-versus-non-fiction, especially in the world of academia and textbooks, it becomes especially important to have multiple contributors bringing their various areas of expertise to the project. Of course, with the ease of lower cost of publishing an ebook, well-known fiction authors are also releasing titles in which several authors had a hand in writing the story. This would also lend itself extremely well to short story anthologies, poetry collections, cookbooks, and more.

“Collaboration is an important part of publishing,” said Booktype Project Lead Adam Hyde in a press release, “and online production platforms facilitate this, offering much greater opportunities than we have ever had before for exploring and improving the process of making books.”

Sourcefabric has a history of developing award-winning platforms, primarily in journalism and news publication, but the launch of the book publishing platform has already been put to use by organizations such as a South African collective of teachers developing textbooks together; Internews used Booktype to publish its how-to guide on thwarting internet censorship, and the 400-plus page title Cryptoparty, which was written with the help of over twenty authors.