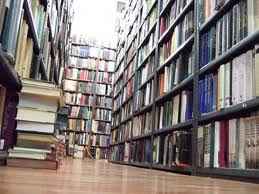 With the final news on the collapse of the Borders chain, attention has shifted from speculating about what would happen to the number three book retailer in the U.S. to industry experts expounding on what went wrong. Every news outlet has its own opinion on the Borders bankruptcy, but one unifying thought is that the chain did not do enough to embrace digital reading. Despite early investments in Kobo Books and its line of cutting-edge e-readers, Borders held only a minority stake in the digital reading platform and therefore may have missed out on garnering a large enough share of the ebook market to stay in business.

Now, Collins Booksellers is looking to avoid that same fate by partnering with Kobo in Australia, dedicating the Canadian company’s e-reader as its in-store purchase device for all digital reading. This venture comes in time for the re-launch of Collins’ website in September 2011, with pre-orders of the Kobo wireless device beginning August 1st.

While Kobo will still maintain its status as the online reading platform for Borders.com account holders, this expansion into a brick-and-mortar chain in Australia can offer an increased presence for both the digital platform and the physical bookseller. Kobo has made great strides in expanding into foreign markets, especially ones that are underserved by its competitors, Amazon and Barnes and Noble. Kobo announced on July 22nd that it was partnering with Swindon Books to bring its device to readers in Hong Kong, coming on the heels of the news that Kobo has over four million users in over 100 countries.