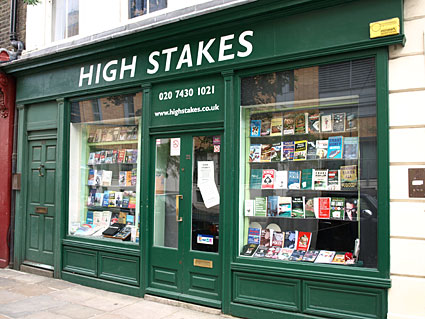 An odd news item crossed our paths last week. Throughout the course of the rioting taking place in London, detailed news reports of the violence, the looting, and the police action have overtaken news outlets. Some have compared the rioting to that which took place in Los Angeles following the verdict of the officers who assaulted Rodney King. Others noted the similarities between the young people involved in the London melee with the protesters throughout the Middle East earlier this year.

One report that repeatedly snuck in quietly but actually speaks volumes is the news that extra police units were dispatched to protect the bookstores. First, it would be wonderful to envision uniformed men standing guard in front of the plate glass display windows of a local bookseller, protecting the wise old proprietor’s livelihood of meaningful tomes. It would also be a striking statement about the value of bookstores to the public, despite digital publishing trends and a flailing print book industry.

Instead, two major chain bookstores were guarded by police men who could have possibly been better used elsewhere. Were there ever any serious concerns that looters would stop reaching for the 42” plasma televisions and go after the hardback editions of Mark Twain’s long-awaited autobiography? Wouldn’t this be an ideal opportunity for hardcore ebook devotees to proclaim that such a show of force wouldn’t be necessary if everyone owned and embraced an ereader?

Rather than take a jaded view of the situation, it is far better to assume that the bookstores would have been damaged by looters just for the thrill of it and the police were standing blockade because books—in any form—are a vital part of society. Countless editions have been lost through the ages to wars and destruction, and in the case of the London riots, this would not be one of those times. Even though the books being protected were merely copies of current originals—not priceless, by any stretch of the imagination—the message was still clear: books are meaningful and treasured.

The symbolism of standing guard to prevent senseless damage to books is not lost on those of us who are reminded almost daily that our right to read is being threatened, either intentionally or not, by an abundance of entertaining electronic media, funding cuts to libraries and schools, even moronic, extremist book banning in our public education institutions by those who wield arbitrary power over curricula. As the world looks on while the rest of the city is trying not to succumb to violence and inferno, the books are safe.