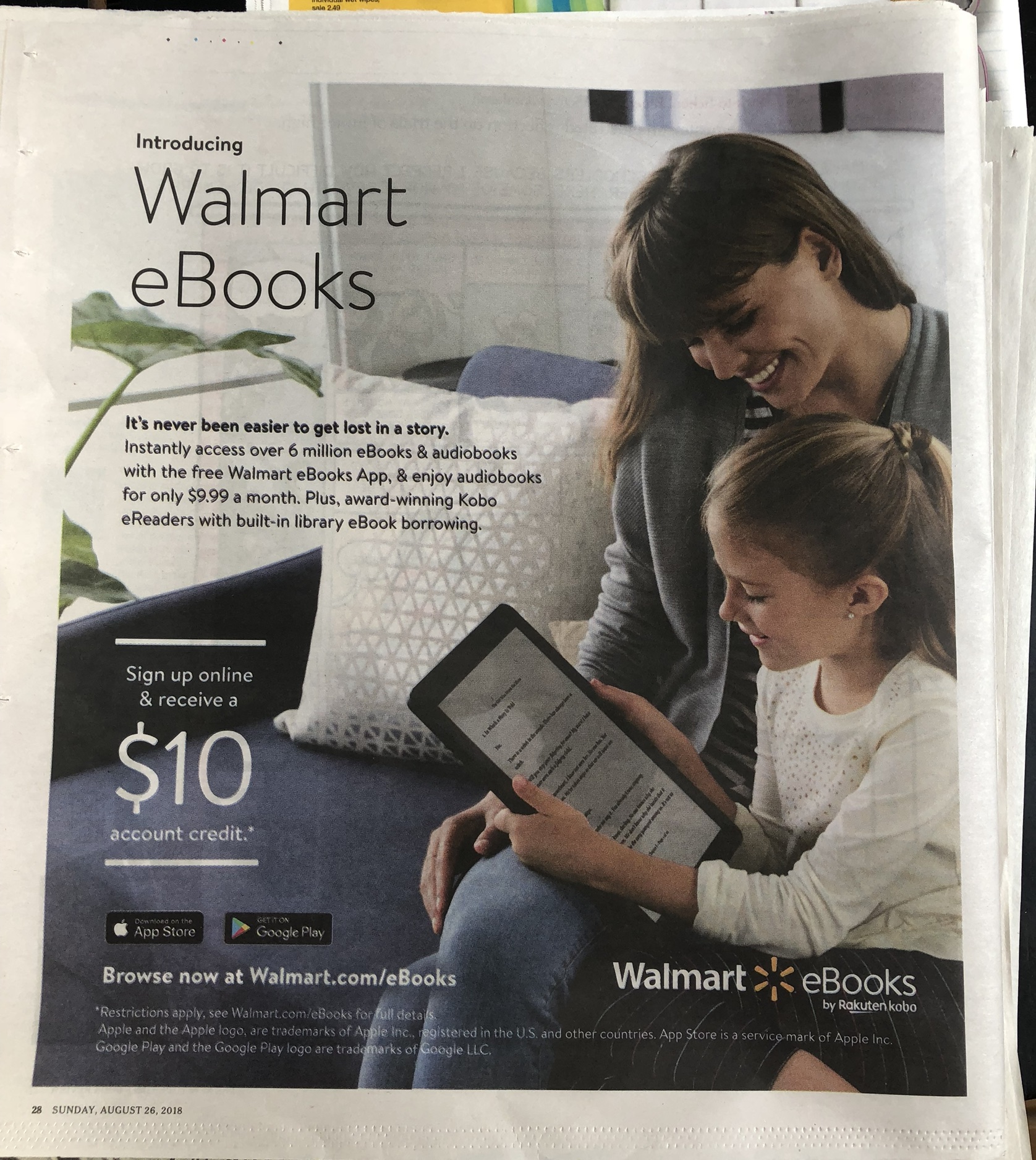 Walmart has started to sell Kobo e-readers, audiobooks and ebooks in 1,000 of their retail locations in the United States last week. They have been promoting their foray into digital content in a big way and they even took out a full page advert in the print edition of the New York Times Book Review. I think they might have inadvertently tipped the new Kobo e-reader that will be available in the next few weeks. You can see from the picture, that it is a giant ereader, far larger than the 7.8 Kobo Aura One that came out in 2016. Might the upcoming Kobo device actually have a ten inch screen? It certainly looks like it.

The promotional imagery was created sometime in the past few days, because Kobo only announced Overdrive integration with their entire modern lineup of e-readers last Wednesday.

It is thought that the new Kobo e-reader will have audio functionality via Bluetooth or a 3.5mm headphone jack.  If this is true, this will be the first Kobo that can buy and listen to audiobooks and give them a competitive edge. The only other device with a built-in audiobooks store is the Kindle Oasis.