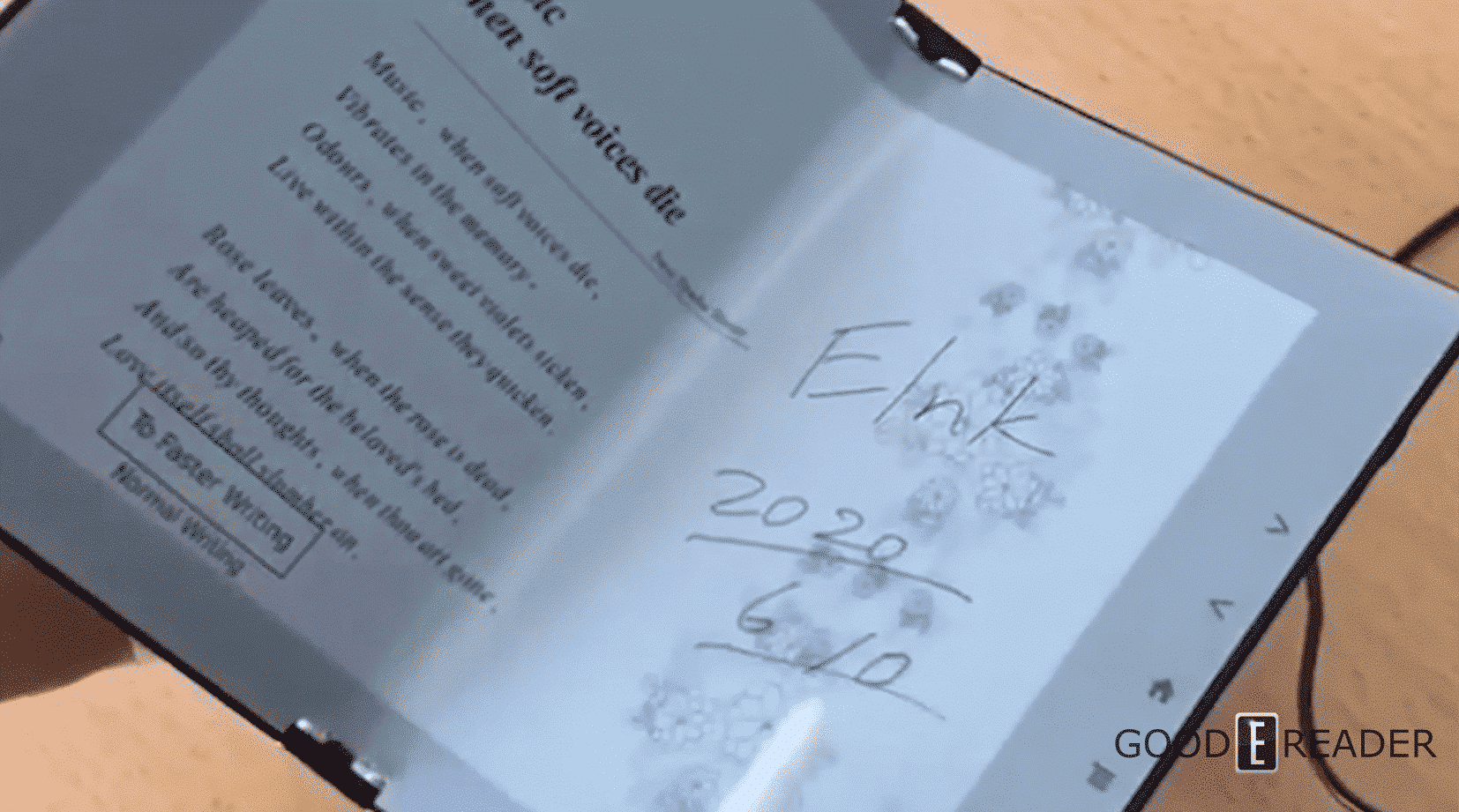 E INK has developed a series of foldable e-reader prototypes. In 2017 they unveiled a new 10.2 inch design that was a fully functional e-reader and in 2019 a 32.inch foldable. The E INK Tokyo RND center has just unveiled a new foldable that has a WACOM layer and not is not only an e-reader, but also a digital note taking device. I think there might finally be a market for a device that opens and closed like a real book and can make notes and edit PDF files.