You are here: Home / Business News / e-Ink Holdings Poised for Large Growth in the Second-Half of 2012 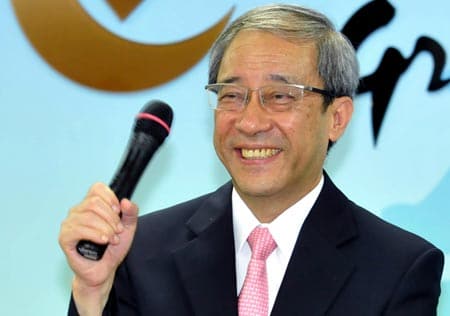 e-Ink Holdings is poised to engage in rapid growth in Q3 and Q4 of 2012. The company has had a fairly lackluster year so far, with no major e-readers being shipped, other then the Nook Simple Touch with Glowlight. With new devices imminently being released by Sony, Amazon and Kobo, the rest of the year looks quite bright.

e-Ink is responsible for providing the display screens on 75% of all the major e-readers on the market. The company recently purchased a controlling interest in SiPix Technology Inc. They intend on purchasing the entire company by the end of the year and the main reason is the companies patents.

According to the Taipei Times e-Ink reported that The company yesterday released its second-quarter results, showing a net loss of NT$818 million (US$23.2 million) in the quarter, or a net loss per share of NT$0.76, which was larger than its net loss of NT$787 million, or a net loss per share of NT$0.73, in the first quarter. On a yearly basis, E Ink reported a net profit of NT$1.33 billion, or earnings per share of NT$1.22, the company’s data showed. Consolidated revenue was NT$4.48 billion last quarter, up 17 percent sequentially, but down 35.35 percent from NT$6.93 billion a year earlier. Gross margin dropped to 0.6 percent from 1.1 percent in the first quarter and 32.5 percent a year ago, the data showed.

To improve profitability, going forward E Ink will focus on applications other than e-books in the future, chairman Scott Liu said, adding that demand from e-tags for convenience stores and supermarkets would explode next year, which would help to drive up growth.

So what has happened this year for the company? Well the Kobo Touch entering the Japanese market accounted for almost 100,000 shipped units. The Nook Simple Touch with Glow, also used e-ink Pearl Units.

This year has been one of the quietest on record, with no major company unveiling any new products. This will change going forward with the new Sony PRS-T2 to be released within the next month and new e-readers by Amazon are expected by October. Kobo intends on releasing a new Tablet PC but there is no word yet if they are expanding upon their dedicated e-reader lineup.