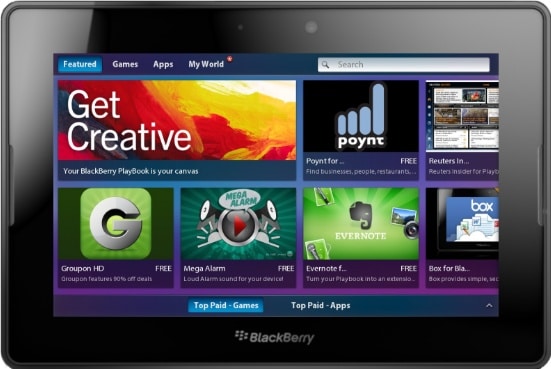 The Blackberry Playbook LTE and 4G model is exclusively being released in Canada on August 9th. It will not be released in the USA or International markets for at least a few months. To acomadate impending demand retail website Shop e-Readers will be selling unlocked versions that you can use on AT&T and other major LTE networks.

The Playbook LTE model is retailing for $649 and will ship anywhere in the world. It comes with a 1.5 GHZ Dual-Core processor and 32 GB of internal memory. When you purchase it from Shop e-Readers you get the famous Good e-Reader support! You get free 100% access to our Playbook Android App Store, with over 800 Apps you can easily load on your new device! Having a faster processor means, games and apps will perform better then the older version.

Check it out today HERE.