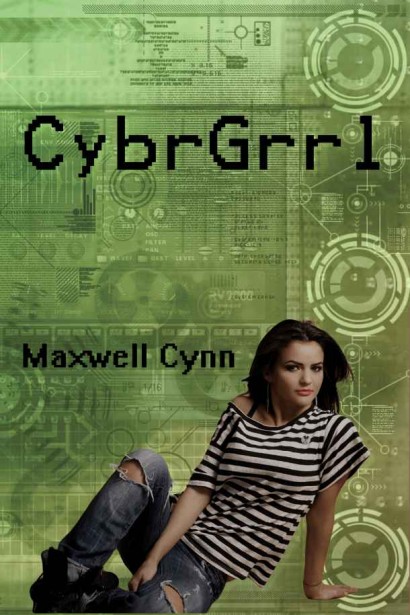 “The main character in CybrGrrl is a computer programmer who downloads a desktop assistant software, only to discover the file is actually a very sexy Girl-Friday type of program,” says Cynn in an interview with GoodEReader.com. “As the two work together through his computer, not only does she develop a self-awareness, but she develops feeling for the programmer and begins to embed herself in his life and his wife’s life.”

Although Cynn is currently at work on the sequel to CybrGrrl in which the sentient programs attempt to form a colony on an internet-based server, his second work is an unrelated psychological thriller, The Collective, which will be released on Kindle, Nook, and through Smashwords on October 22nd.

To receive a free download of CybrGrrl, click here and enter the Smashwords code ER56K at checkout. Readers who go to Maxwell Cynn’s blog can access downloadable wallpapers for both CybrGrrl and The Collective.