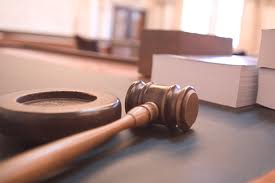 Just when you think that Americans couldn’t get any more lawsuit happy than they’ve already demonstrated, a new one has hit the record books. Apple and five major publishing houses are being sued by a Seattle-based law firm, Hagens Berman, on behalf of two plaintiffs named in the suit and on behalf of consumers as a whole.

Wait, Seattle? You mean, the corporate hometown of Amazon.com? Exactly.

The lawsuit alleges that the defendants violated several key antitrust acts by forcing Amazon to raise the price of ebooks or risk losing access to the digital editions of books from those five publishing houses. The publishers named in the lawsuit, who together control eighty-five percent of the book market, are HarperCollins Publishers, Hachette Book Group, Macmillan Publishers, Penguin Group Inc., and Simon & Schuster Inc.; they are accused of illegally engaging in price fixing at best and near extortion at worst. While news of the lawsuit is recent, the activity that Hagens Berman are taking action on actually occurred around the time that Apple introduced its wonder-child tablet, iPad.

In a 2010 interview, Apple CEO Steve Jobs may have unintentionally slipped when he was asked by the media why a consumer would pay almost $15 for a bestseller in the iStore when the same e-title could be purchased through Amazon at $9.99 (at the time Amazon’s policy was all New York Times bestsellers would retail for $9.99 in the Kindle store). The computer magnate simply replied that the prices would be the same from both retailers from now on, alluding to a change in Amazon’s pricing structure that Jobs probably couldn’t legitimately speak on unless he was somehow in the know.

“Fortunately for the publishers, they had a co-conspirator as terrified as they were over Amazon’s popularity and pricing structure, and that was Apple,” said Steve Berman, an attorney representing consumers and a founding partner of Hagens Berman. “We intend to prove that Apple needed a way to neutralize Amazon’s Kindle before its popularity could challenge the upcoming introduction of the iPad, a device Apple intended to compete as an e-reader.”

The entire press release is available below.

According to the suit, publishers believed that Amazon’s wildly popular Kindle e-reader device and the company’s discounted pricing for e-books would increase the adoption of e-books, and feared Amazon’s discounted pricing structure would permanently set consumer expectations for lower prices, even for other e-reader devices. “Fortunately for the publishers, they had a co-conspirator as terrified as they were over Amazon’s popularity and pricing structure, and that was Apple,” said Steve Berman, attorney representing
consumers and founding partner of Hagen Berman. “We intend to prove that Apple needed a way to neutralize Amazon’s Kindle before its popularity could challenge the upcoming introduction of the iPad, a device Apple intended to compete as an e-reader.”

The complaint claims that the five publishing houses forced Amazon to abandon its discount
pricing and adhere to a new agency model, in which publishers set prices and extinguishedcompetition so that retailers such as Amazon could no longer offer lower prices for e-books. If Amazon attempted to sell e-books below the publisher-set levels, the publishers would simply deny Amazon access to the title, the complaint details. The defendant publishers control 85 percent of the most popular fiction and non-fiction titles. Berman noted that while Amazon derived profit from the sale of its Kindle and related accessories, likely allowing the company to discount e-books, Apple was steadfast in maintaining
the 70/30 revenue split it demanded with its App Store.

“Apple simply did not want to enter the e-book marketplace amid the fierce competition it knew it would face from Amazon and its discounted pricing,” Berman added. “So instead of finding a way to out-compete Amazon, they decided to choke off competition through this anti-consumer scheme.” The complaint notes that Apple CEO Steve Jobs foreshadowed the simultaneous switch to agency pricing and the demise of discount pricing in an interview with The Wall Street Journal in early 2010. In the interview, he was asked why consumers would buy books through Apple at $14.99 while Amazon was selling the same book for $9.99. “The prices will be the same,” he stated.

While free market forces would dictate that e-books would be cheaper than the hard-copycounterparts, considering lower production and distribution costs, the complaint shows that as a result of the agency model and alleged collusion, many e-books are more expensive than their hard-copy counterparts.
“As a result of the pricing conspiracy, prices of e-books have exploded, jumping as much as 50 percent,” Berman said. “When an e-book version of a best-seller costs close to – or even more than – its hard-copy counterpart, it doesn’t take a forensic economist to see that this is evidence of market manipulation.”
Berman pointed out that The Kite Runner, for example, costs $12.99 as an e-book and only $8.82 as a paperback. “What is most loathsome about the behavior of Apple and the publishers is that it is stifling the power of innovation, the very thing Apple purports to champion,” Berman added. “A few bigbusiness
heavyweights are taking a powerful advancement of technology that would benefit consumers and suffocating it to protect profit margins and market-share.” According to the lawsuit, Apple and publishers were concerned that Amazon’s $9.99 uniform pricing for bestsellers would create market pressures for other e-booksellers – including Apple – to do the same, cutting into profitability.

The lawsuit goes on to claim that because no publisher could unilaterally raise prices without losing sales, they coordinated their activities, with the help of Apple, in an effort to slow the growth of Amazon’s e-book market and to increase their profit margin on each e-book sold. The lawsuit claims Apple and the publishers are in violation of a variety of federal and state antitrust laws, the Sherman Act, the Cartwright Act, and the Unfair Competition Act.

The named plaintiffs, Anthony Petru, a resident of Oakland, California, and Marcus Mathis, a resident of Natchez, Mississippi, each purchased a least one e-book at a price above $9.99 after the adoption of the agency pricing model.
Once approved, the lawsuit would represent any purchaser of an e-book published by a major publisher after the adoption of the agency model by that publisher. The lawsuit seeks damages for the purchase of e-books, an injunction against pricing e-books with the agency model and forfeiture of the illegal profits received by the defendants as a result of their anticompetitive conduct which could total tens of millions of dollars.

Hagens Berman invites potential plaintiffs to contact the office at ebooks@hbsslaw.com or by
phone at 206-623-7292.[/showhide]