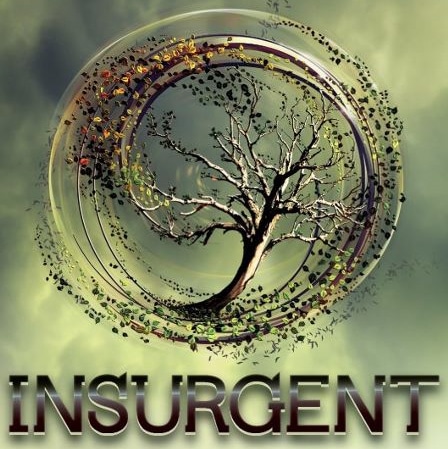 Insurgent, the sequel to the bestselling first title in the YA series by Veronica Roth, Divergent, pulls no punches in picking up exactly where the first book left off and diving directly into the fray on the first page. Beatrice “Tris” Prior, faction-swapping Dauntless novice and potential savior of her civilization, knows only slightly more than she did at the end of the first book when she had to kill a large number of her fellow faction members in order to save them all from the Erudites’ mind control serum. But where Divergent found Tris with an enemy that she could grasp, Insurgent is going to prove to her and to the reader that no one can be trusted.

While some have rightfully argued that series like The Hunger Games and Divergent/Insurgent are more post-apocalyptic than dystopian since both series are set in an inexplicably grim future in America following some cataclysmic event that changed our way of life, Roth’s series offers the readers something that many books of this kind don’t let us experience: the chance to use our intellects and our imaginations. While the causes of this dark future in our country will be partially revealed at the end of Insurgent, Roth doesn’t offend our sensibilities by having to spell it all out for us. We’re left wondering through two good-sized volumes what could have possibly caused our future to involve Choosing Ceremonies, aptitude tests, and the need to join one of five very different factions or face a punishment worse than death, being relegated to wander alone and hungry as a member of the factionless.

The main characters whom we cheered on in the first book are back but the romance between them that thrilled readers of Divergent is tested; killing several of your boyfriend’s peers tends to do that. Of course, if he lies to you and tells you his mother has been dead for years but then she appears leading a band of rebels, it makes you question your relationship. Throughout Insurgent, the real cliffhanger grows as Tris and Four are unable to tell each other the truth about their roles in attempting to overthrow the Erudite.

While both books are geared towards young adult readers, there are some thematic elements that lend themselves to the more mature end of the age group and will entice older fans as well. There is some mild sexuality but a good deal of fairly graphic violence, both of which Roth handles with intelligent dignity rather than sheer shock value. Both books were absolute page turners and readers may find themselves diving through in one sitting.

Both ebooks are available from Amazon, Barnes & Noble, and Apple.