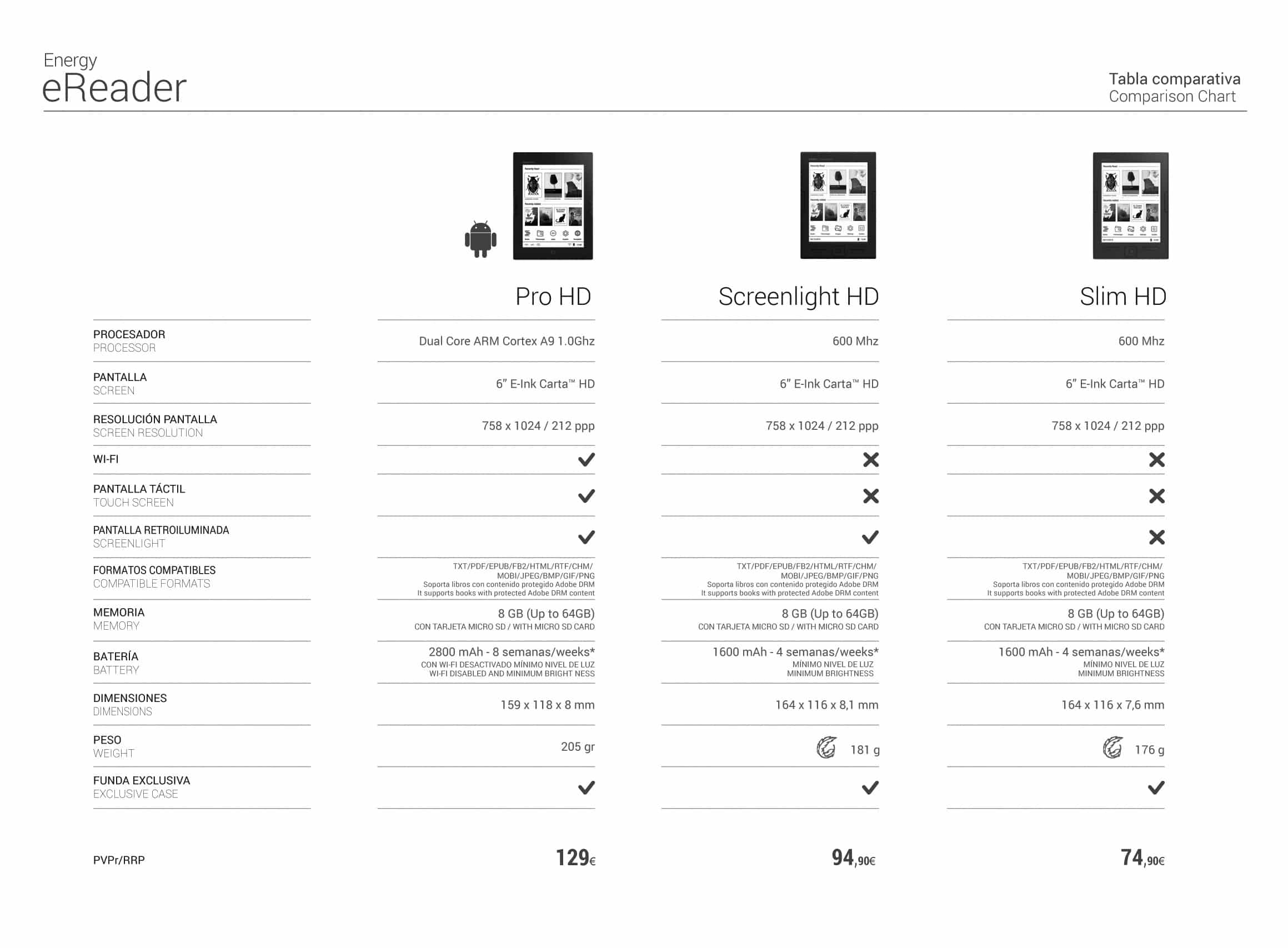 Energy Sistem is a Spanish company and they have been making e-readers for a number of  years. The last generation of hardware was released in 2014 and impressed me with their solid build design. The overall e-book experience suffered because they used e-Ink Pearl, which is fairly outdated. Energy Sistem has modernized their portfolio and just released 3 new readers that use e-Ink Carta, the same screen technology found on the Kindle Voyage and Barnes and Noble Nook Glowlight Plus.

The new Energy Sistem e-readers are appealing to people who have very particular tastes when it comes to their hardware. The Slim HD for example does not have a front-lit display or wireless internet access, while the Screenlight HD  has a lighting system and no WIFI.  If you are looking for a front-light,  WIFI  and a faster processor, you will likely want to spend the extra cash and get the PRO.

The one big advantage of the Energy Sistem product line is that they all run Google Android. This will give users a chance to install their own apps and craft their own reading experience. There is no built in app store, so you will have to install your own. I suggest Good e-Reader for e-Ink or the 1Mobile.

These three new e-readers are available to be purchased right now, you can check out the product page and see if any of them are right for you.