You are here: Home / e-Reader News / Everything is quiet with the Kobo and Walmart partnership 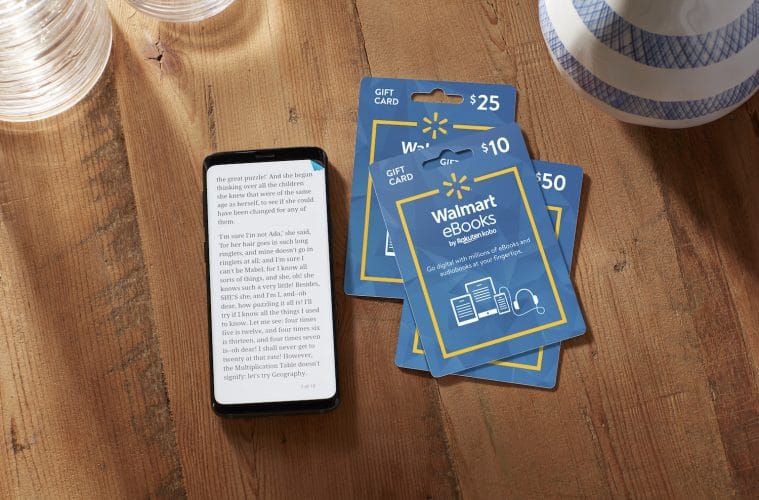 This summer Walmart started to carry Kobo e-readers and gift cards that could be redeemed for digital books in around a thousand stores in the United States. The company primarily was marketing the Clara HD and never got around to even installing demo units. Meanwhile on the Walmart website, they sell the entire modern Kobo lineup, including the Forma, Kobo Aura and Clara HD.  Kobo made a Walmart ebooks app that is available on Android and iOS, which is primarily used to read ebooks or even buy them.  There was lots of media attention when the deal was signed and when the rollout  occured, but since then, everything has been quiet.

Rakuten initially signed the Walmart deal in January 2018 because they wanted to start a grocery delivery service in Japan and that would help Walmart get a foothold. On December 11th 2018,  Walmart opened its first online store in Japan  and over 1,200 items will be available to Japanese customers on the “Walmart Rakuten Ichiba Store,” including clothing, outdoor items and toys from US brands.  Walmart will fulfil orders in the US and ship them directly to customers in Japan, with shipping, duties, and taxes bundled into the product price. It’s also tapping its subsidiary Seiyu GK, a local supermarket chain that also handles its online grocery service, to provide customer support.

Walmart does not really seem keen on promoting Kobo e-readers, audiobooks and ebooks during the critical holiday season. I have yet to really see any press releases or promotional material in their catalogs. The Walmart Google Play app has just over 10,000 installs and the iOS version has is #99 in Books.

I think getting consumers to shop Walmart eBooks may be an uphill battle as Amazon’s Kindle e-reader has a dominant market share. Euromonitor data shows that Kindle has an 83.6% share of the U.S. e-readers market while Kobo, at No. 2, has a 13.4% share. Barnes & Noble, the data shows its Nook device holds only a 2.1% share.