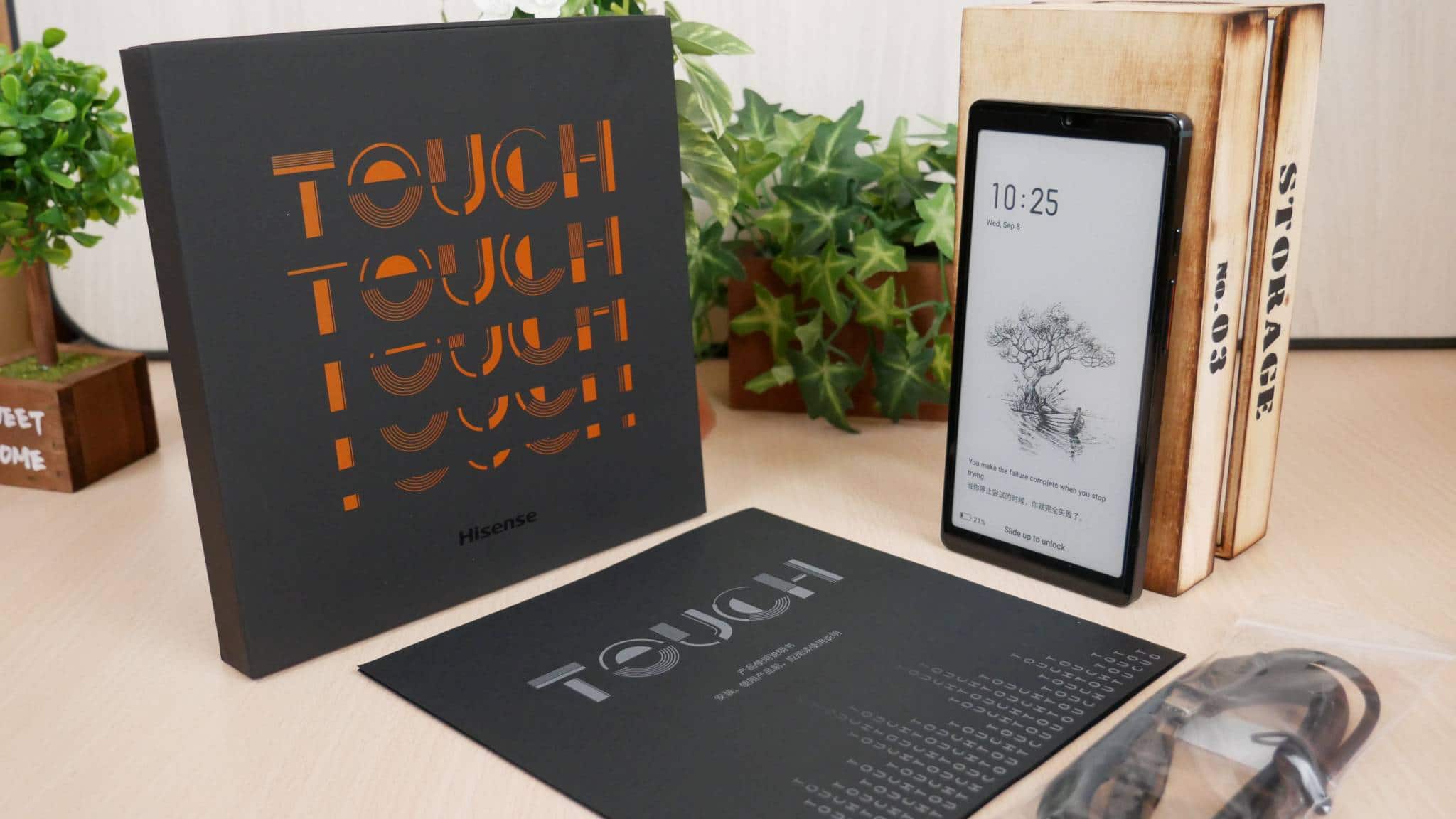 If you are looking for a HIFI music player with an E INK screen, the Hisense Music Player might be for you. This device has WIFI to download audiobooks, music or podcast apps, but if you are looking for the best experience, you will want to sideload in your own lossless files. It supports 32-bit/384 kHz audio and it can be played through the AAC dual 1216 stereo speakers or the 3.5mm headphone jack, providing up to 122dB. The device runs an operating system called Touch OS that’s based on Google Android 11.

The Hisense Touch features a 5.84 capacitive touchscreen E INK Carta HD display with a resolution of solution of 1440 x 720 with 287 PPI. The phone is not recycled, based on a previous design, but is totally new and fresh. It has square corners, similar to the old iPhones. It has made of a highly durable aluminum. It has a front-lit display and color temperature system with 32 LED lights.

Underneath the hood is a Qualcomm quadcore processor, 4GB of RAM and 128 GB of internal storage. There is a USB-C port for charging the device and WIFI to access the internet and download apps. This device supports Bluetooth 5.1, so you can plugin a pair of headphones, but HIFI audio cannot be outputted through Bluetooth, because it uses different codecs. It is powered by a 3,500 mAh battery and supports 50w fast charging. It is very light, the weight is 155g.

Not only is this a dedicated music player, but it can also be used to read ebooks. You can use the stock app or use something like the Kindle, Nook or Kobo, but these have animated page turns, but Hisense has managed to solved this issue via their dynamic refresh rate mode. So when the user touches the display the clarity of the screen will decrease to output a higher refresh rate. You can also sideload in alternative app stores or your favorite apps, the Hisense Music Player does not have access to the Google Play Store.

Why should you buy this device? It is ideal for people who want to listen to quality audio outside the home. Many audiophiles have their own great setups, such as wired speakers, an amp and all sorts of other gadgets. When driving, walking the dog, running or walking, there are few alternatives. Apple has spatial and Dolby audio for specific songs and albums, but you won’t get lossless audio, because it can’t be done via Bluetooth. This is why the Hisense has a 3.5mm headphone jack, for a great pair of headphones, and its really easy to plug it into your computer and and just drag and drop your files right into it. Although Hisense is only selling this in China and through distributors, it supports 26 different languages, including English.

The Hisense Touch Music Reader retails for $339 and is available from the Good e-Reader Store.