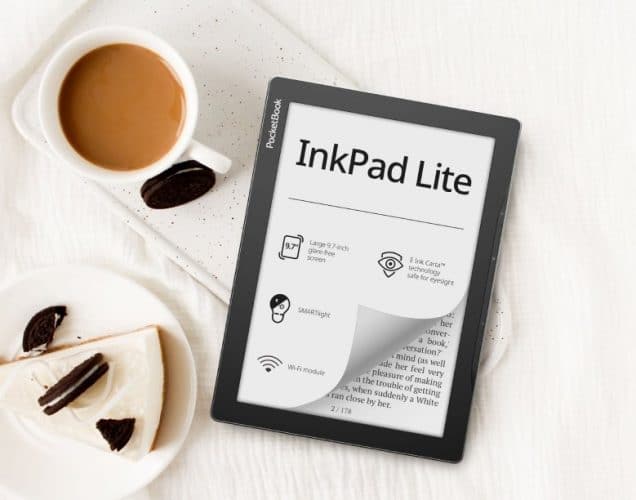 With more people taking to reading, the demand for eReader devices naturally is on the upswing. There also is an array of new eReader devices slated for launch in the next few months that remain of this year. Interestingly, we have a new class of eReaders among us – eNotes which essentially are note-taking tablet devices with an E Ink display.

Here is a compilation of all the new eReader and eNote devices slated to launch in the coming weeks and months.

Amazon has been running sales and other promotional offers targeting Kindle devices more often than perhaps any time before. If that isn’t a ploy to clear existing stocks to make space for new, a new Kindle is anyway due given that the company hasn’t launched any during the last few years. The current Kindle Paperwhite 4 was launched back in 2018. All of this makes for a perfect scenario for a new-gen Kindle to emerge.

However, with competitor Kobo launching the Elipsa eNote device, it remains to be seen if Amazon too will be toeing a similar line or will continue with a purebred eBook reading device that is just about reading eBooks, without packing in anything else that can prove to be a distraction. Or maybe it might have both to offer, a classic eReader device as well as a new age eNote tablet.

The Canadian company surprised all with its new Elipsa eNote device a few months back though that wasn’t an eReader in the truest sense of the term. It has been a few years since the Kobo Forma has been there – it was launched in October 2018 – and a successor to it is already reported to be in the works. The upcoming Kobo Forma successor is however expected to have the same basic design but will likely come with audiobook support this time.

B&N might be busy settling down with new management staff, but the company officials have already reiterated their commitment to the Nook line of eReaders. While there are no reports of a new Nook being in development at the moment, the same should already be a priority for the Nook team considering that the Nook Glowlight 3 has been there for a while now.

With competitors flooding the market with suitable eReader devices and demand for eBooks being on the rise, it’s high time B&N has a new eReader to offer buyers. Maybe we will get to hear more of it towards the end of the year. Meanwhile, the only new hardware the company launched this year has been the Nook Tablet 10 HD which however happens to be a rebadged Lenovo tablet. It was introduced in May and is currently selling for a quite competitive $129.99.

The company has lined up its new InkPad Lite eReader for launch sometime around end-September or early October. It’s sort of a no-frills eReader device that comes with a 9.7-inch E Ink Carta HD front-lit display which makes it ideal for reading eBooks. Another positive with the device is its compatibility with a capacitive stylus which is handy for taking notes and such. The InkPad Lite is slated to go on sale for $299 which makes it a solid price point for a 9.7-inch eReader and eNote device.

TopJoy is a newcomer in the segment and uses the new DES Slurry display for its upcoming Butterfly range of eReader/ eNote devices. Both the Butterfly devices have a similar build but differ in their screen dimensions – 6-inch and 7.8-inch. However, it is only the larger 7.8-inch version that would support stylus operations, making it a true eNote device while the smaller version can be considered more of a pure eReader device.

Coming to price, the smaller Butterfly is slated to retail for $159 while its bigger brethren is rumored to come with a $249 sticker price. Both models will go on sale in November this year.

Pine is the newest to join the eReader/ eNote segment and comes with a 10.1-inch E Ink display. Running a custom Linux version, Pine boasts of a 60 Hz refresh rate, the latter being one of the biggest advantages with the device. The Pine also packs in powerful internals in the form of a quad-core Rockchip RK3566 chipset, 4 gigs of RAM, and 128 gigs of eMMC storage. The device also supports pen input and comes with a magnetic cover. At $399, the Pine is another strong contender in the segment with availability to kick off from October this year.

These apart, there are a couple of other companies such as Onyx Boox, and Sony that may have a few eReader devices lined up for launch sometime in the coming months.