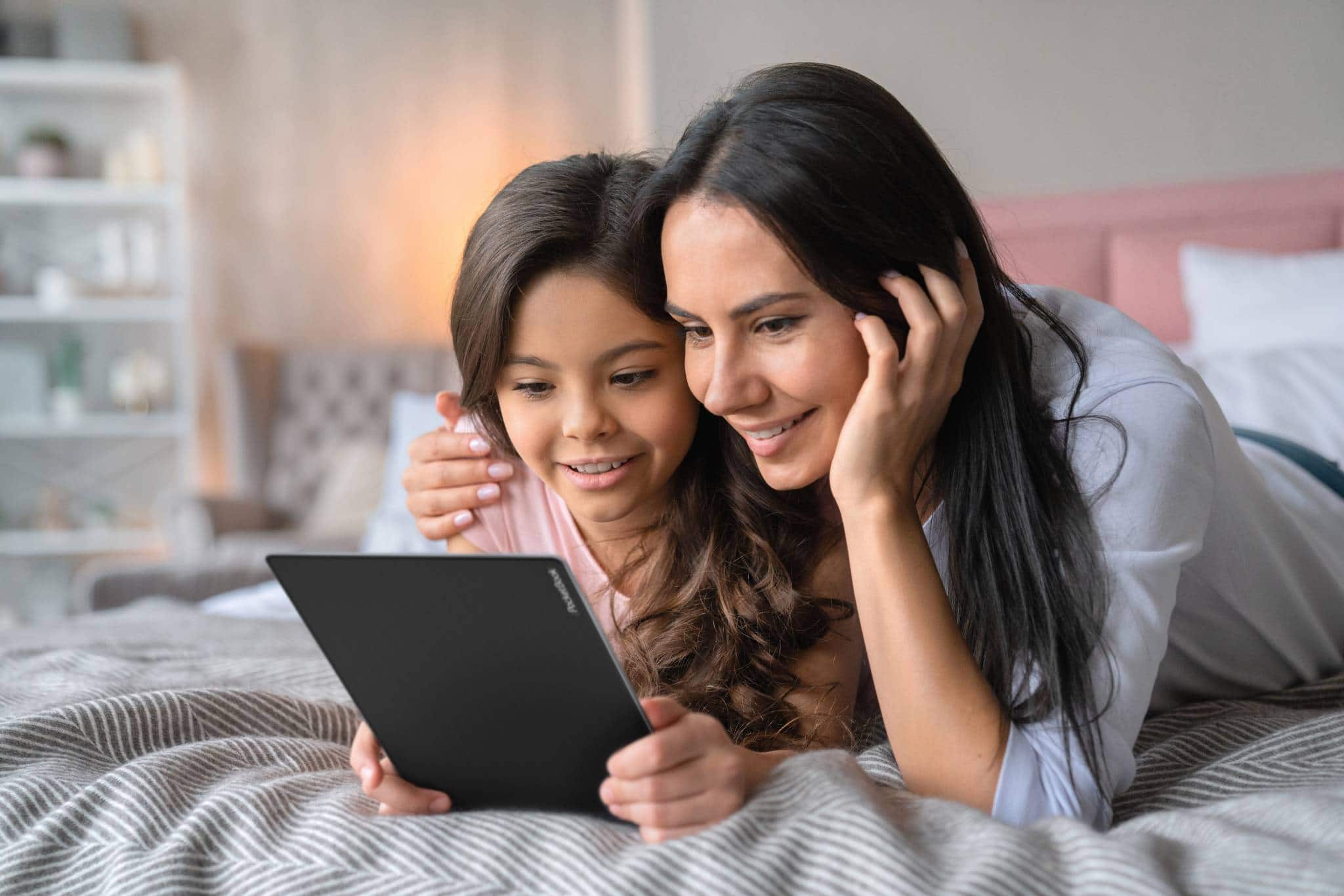 The e-reader industry is experiencing tremendous growth and there are more new devices coming out in 2021, then any other year. There are lots of startups that are taking advantage of new color e-paper technology, as well as established players in the industry. What new e-readers, e-notes and smartphones are coming out in 2021?  This is our annual comprehensive list of all of the new e-readers that will come out this year and will be regurily updated, as new ones get announced.

Amazon has not announced a new Kindle yet in 2021. The company is still selling the Kindle Paperwhite 4, which came out in 2018 and is getting a little long in the tooth. The company has put the Paperwhite on sale, 3-4 times in the past 30 days, so they might be trying to get rid of some stock, before a new model comes out. The rumor right now is that it will use the new E INK on Cell E-paper tech, which would reduce costs, since the touchscreen layer is built right on the e-paper display, it also gives added benefits of faster page turns and crisper fonts.

Barnes and Noble last year ceased to be a publicly traded company and went private. They have a new leadership team, in charge of Nook and e-commerce. In an interview, they said Nook will be a priority, they developed new signage promoting it in all of their bookstores and it is no longer an afterthought. There are no rumors of a new device coming out this year, but the Nook Glowlight 3, which they still sell, came out in 2017 and is due for a refresh.

Boyue is one of the few e-reader companies that totally refreshed their entire product line in 2021. The company released the Likebook P6, Likebook P78 and Likebook P10. These are cost efficent ebook readers and don’t have any note taking functionality, aside from the P10. Boyue used to compete against Onyx Boox in the e-note space, but since they are smaller, they simply couldn’t get enough market share and shave since pivoted into consumer grade e-readers, with Google Play and regular firmware updates.

Hisense does not exactly release dedicated e-readers, but they have found a respectable niche selling E INK enabled smartphones. They have been developing them for a couple of years now and they have been selling really well. The Hisense A7 is a flagship smartphone that has a fingerprint sensor, really good hardware specs and can compete against most big name smartphones on the market. It has a black and white E INK screen and it has 5G, which is compatible with most North American networks. The phone that is the most compelling came out in March, the Hisense A7 CC, which employs an E INK Kaleido 2 color e-paper display, and it has the same specs as the other model. There is no news on anything new coming out this year, and likely they will just continue to adopt a 2 SKU strategy. Both of these phones have a giant 6.7 inch screen, which is a perfect size to read ebooks.

The Kobo Elipsa came out in the summer of 2021 and is the first time that they released a professional e-note, that allows users to freehand draw, edit PDF files and ebooks. This is a stark departure from their consumer grade e-readers, which they have exclusively focused on, since they first started to release products in 2009. The Kobo Forma is their flagship e-reader, and this one is due for a refresh, the other models, Nia, Clara HD and Libra are all relatively new.

Fujitsu has released two of the most important new e-notes of 2021, the second generation Quaderno A5 and Quaderno A4. The A5 has a 10.3 inch screen, while the A4 is 13.3 They both are using brand new E INK Carta 1250 technology, which dramatically increases the general performance, and supercharges PDF files, page turns are quicker and split screen view and two page spread are more robust. The tech is also optimized for less latency when taking notes, or freehand drawing. So far, the A4 outsells the A5 at least on a 15-1 ratio. It is only available in Japan, but we have it on our store. This is basically the two e-notes to beat this year, and I don’t know if anyone can.

Pocketbook has been bullish on color e-paper for almost a decade, but it is only in the past couple of years that E INK has finally got their act together and released the first and second generation Kaleido. Last year, the Pocketbook Color was their most successful e-reader ever and they struggled to keep up with demand. In 2021, they released the InkPad Color, which has a 7.8 inch display and running Linux. It is more expensive than the PB Color, but the larger screen makes reading comics, magazines, newspapers and manga more viable.  The Pocketbook InkPad Lite is coming out in a couple of months, this is 9.7 inch black and white e-reader that is really affordable. It is not goin got be the most powerful device, but for reading digital content, it will do the job. It also has page turn buttons.

Onyx has only released one new e-reader in 2021 so far, the Nova 3 Color. So far, is the best color e-note in the world. Onyx has spent countless development hours making this robust, stable and constantly pushes out firmware updates. It is an e-note with a 7.8 inch screen, has various high performance speed modes, to turbo charge apps and comes with Google Play. Onyx Boox plans on releasing the Mira and Mira Pro E INK monitors outside of China in October. They also have plans for multiple new devices at some point later this year.

The Reinkstone R1 is the first commercial product that is running a new breed of e-paper called DES Slurry. It provides more colors than E INK color e-paper and does some impressive things, such as being able to completely shut off the color display and just view everything in black and white. Reinkstone ran a successful crowdfunding campaign and should be sending out products to backers soon. Good e-reader extensively reviewed the device and also all of their firmware updates they have been sending us to test, over on our YouTube channel.

Sony has excited the consumer e-reader sector almost six years ago and developed the first modern E INK e-note. They had two different generations of Digital Paper, but has since shuttered their North American Division and scaled back on their Japanese staff. Instead of marketing DP themselves, they are basically turning into an OEM, by partnering with Linfiny, which is a partnership between Sony and E INK, basically an independent company. They developed the DPT 2.0, which Fujitsu licensed for their second generation Quaderno line. They also showed Good e-Reader the DPT CP1 Color, which so far, nobody has brought it to market yet, but there is still time. They told us, the tech would be ready in June or July, so that leaves the rest of the year for someone to place an order and have it mass produced.

This is also a new company that is also using DES Slurry. The Topjoy Butterfly comprises of two different models. One has a 6 inch screen that will be a basic ebook reader and the other has a  7.8 screen that will have EMR layer and come with a stylus, so you can take notes and edit PDF files. They both have a capacitive touchscreen displa. The devices can switch between black and white mode and color with the UI. The B&W resolution is 300 PPI and 150 PPI for color. They are  both running the same hardware, a 1.8GHz 4 Core processor,  2GB RAM and 32GB of internal storage. There is WIFI, Bluetooth on both models, but the 7.8 has an external speaker, which will be useful for audiobooks, music or podcasts. They will come out in November, pricing is unknown.

Pine64, a Hong Kong-based electronics manufacturer, has introduced one of the most powerful e-paper devices to date. Priced at $399, the  E Ink tablet is called the PineNote and it runs a custom version of Linux OS. It has a 10.3 inch display and powerful internals. The PineNote is due out at some point later this year, with no concrete release date disclosed as of yet.

There is going to be no new products released this year by Remarkable, since the Remarkable 2 came out last year and they are normally on a three year cycle between new devices. The Supernote A5X and A6X both came out in late 2020 and there will not be any new models for at least for a year or two. Quirklogic will be releasing the Papyr 2.0, which is based on the same tech from Sony that Fujitsu used in their Quaderno product line. Quirklogic excels at the software side of things, making their devices not only e-notes, but also collaborative sharing technology. For example, I could be editing a PDF file, and someone else can actually view what I am doing in real time. Dasung plans on bringing their 253 25 inch E INK Monitor to market in December for the general public, although it is really expensive, like 3-4 USD.