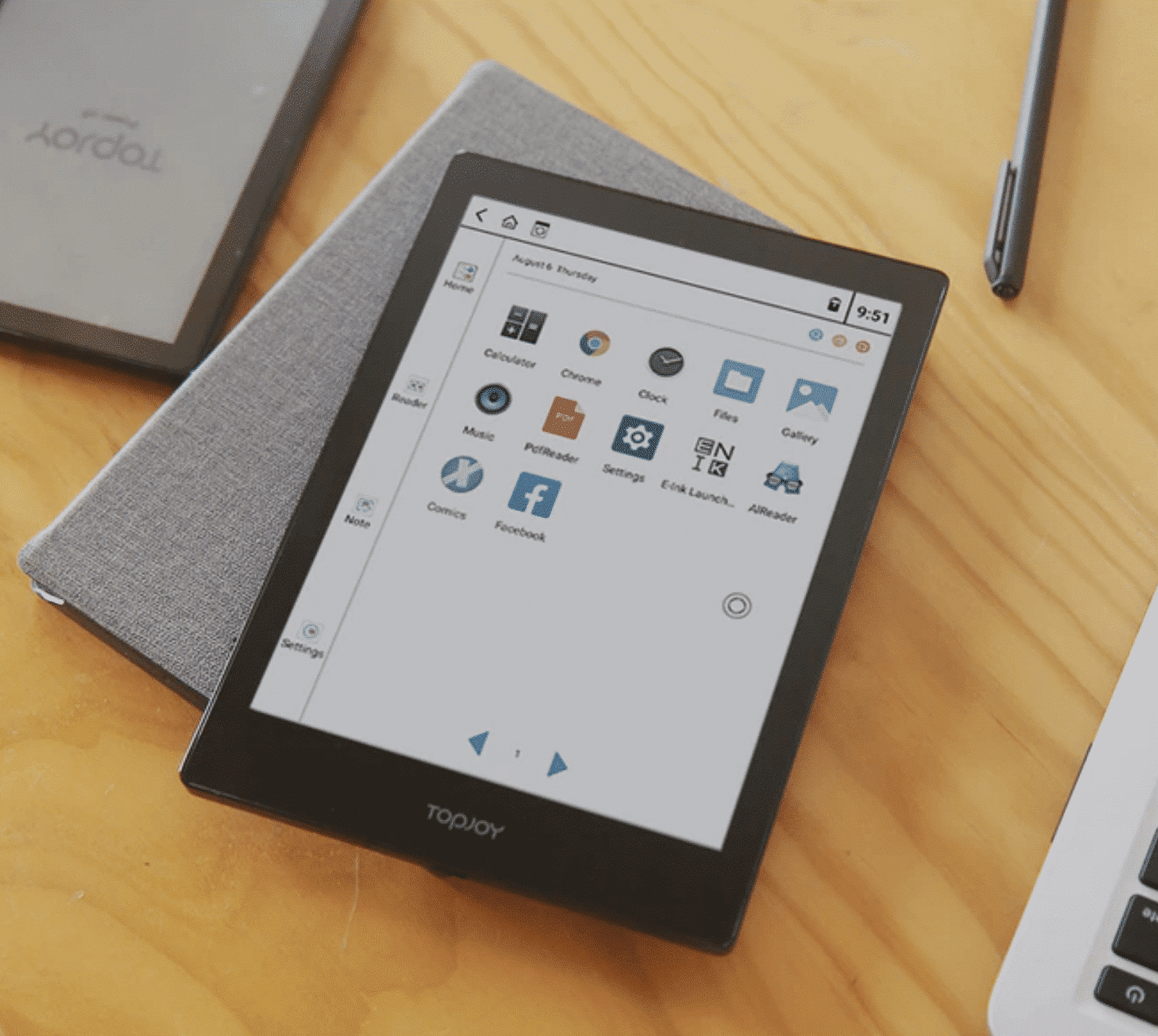 The Topjoy Butterfly 6 and 7.8 inch e-readers are now available on Kickstarter and the company has raised over $200,000 in two days and hit their funding goal in 10 minutes. The 6 inch model is available for $159 and the 7.8 $259. These devices are not using the typical E INK displays, but DES Slurry, which is a new breed of color e-paper technology. The products will be shipping this November.

The Topjoy Butterfly has two different models that they will be releasing. One has a 6 inch screen that will be a basic ebook reader and the other has a 7.8 screen that will have EMR layer and come with a stylus, so you can take notes and edit PDF files. They both have a capacitive touchscreen display, that is running DES Slurry E-paper. The devices can switch between black and white mode and color with the UI. The B&W resolution is 300 PPI and 150 PPI for color. They are  both running the same hardware, a 1.8GHz 4 Core processor,  2GB RAM and 32GB of internal storage. There is WIFI, Bluetooth on both models, but the 7.8 has an external speaker, which will be useful for audiobooks, music or podcasts.

TopJoy Butterfly is equipped with the Google Android 11, but does not have an app store. You will be able to sideload in your own apps, or alternative Android markets. There is extensive support for virtually any ebook  format such as EPUP, FB2, MOBI, RTF, PDF, and TXT.

I am bullish about DES color technology. Unlike Kaleido 2 e-paper, you can actually turn the color completely off and just enjoy a black and white screen. I think Topjoy has their work cut out for them, one of the drawbacks of DES is that it is so new, that there really isn’t any proper documentation for it yet. The only other commercial product to use this technology was the Reinkstone R1 and they have been working on firmware updates for 3 months, and we must of tested 11 of them, and finally it is a viable product. Topjoy is not sending out review units yet, although I am eager to check it out.