Linfiny is a partnership between E INK and Sony, Linfiny has developed two new Digital Paper models, a 10.3 and 13.3 inch models. They are using a new E INK Carta 1250 technology and a new WACOM screen. The specs have been increased from the previous generation.  The company confirmed with Good e-Reader that they are looking for OEM partners to whitelabel the design, previous companies that bought into this model were Fujitsu with their Quaderno lineup and Quirklogic.

If sales are strong, Linfiny told me that they will release this product themselves, selling it online on Amazon and other online retailers. The commercial version would be running Android 9.0, so this is a tremendous upgrade. Good e-Reader was live on the scene at the Sony event in Japan yesterday. We have hands on video of the two new devices, and also tons of content we will be publishing soon, such as a 10.3 inch using E INK Kaleido 2, we even saw a prototype with something called E INK Kaleido 2.5, which hasn’t even been announced yet. 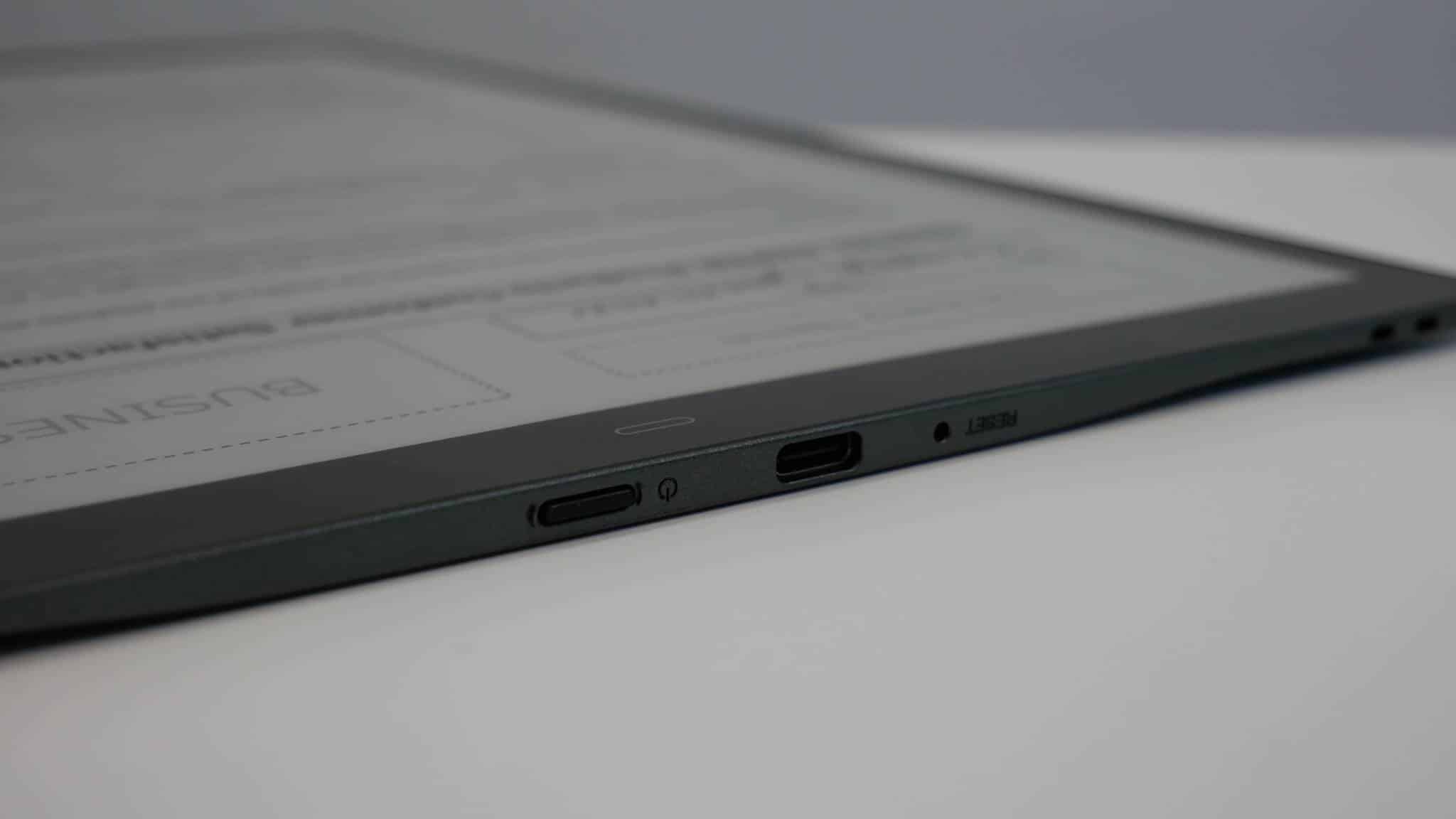 The 13.3 inch Linfiny Digital Paper 3.0 will have a resolution of 1650×2200 with 207 PPI. It has a touchscreen panel and a new WACOM layer. The inclusion of a WACOM layer is important, because it is compatible with all of the different WACOM stylus on the market and not just Sony’s own proprietary stylus. We tested it with the Supernote Pen, Mitsubishi pen and Staedtler Noris. The pen writing has a smooth feel, with a non-slip, non-glass surface, giving a true experience of writing on paper. It has incredible battery life, with up to three weeks of usage on a single charge, and offers reading and notes viewing in a 2-page view. It also has a new internet browser.

Underneath the hood is a Cortex A53 Quad-core 1.8 GHZ processor, 32GB of RAM and USB-C. It has wireless capabilities to support 2G/5G, so you will be able to connect up to the internet. It also has Bluetooth 5.0. It weighs 368 grams and is only 5.7mm in thickness. It is basically thinner and lighter than the previous generation DPT-RPT. The DPT-CP1 version 2.0 will have the same specs, except the resolution will be 1404 x 1872. It weighs only 261 grams and is 5.85mm in thickness