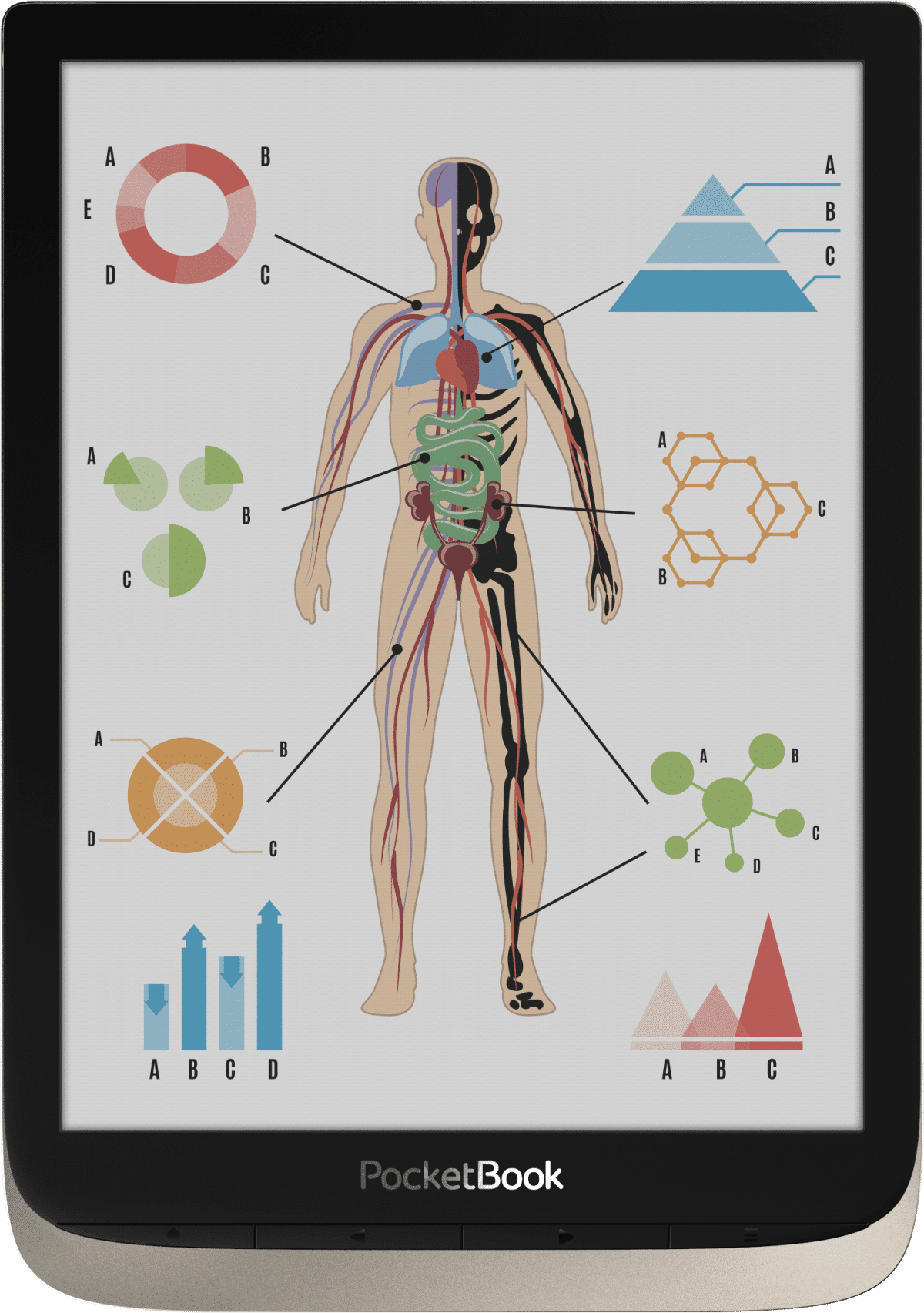 The Pocketbook InkPad Color is a brand new e-reader that just came out. The large 7.8 inch display is great for for comics, manga, newspapers, magazines or academic books. The internet browser will allow you to read webcomics and webtoons in full color, and this device is very affordable. It is retailing for $319 from the Good e-Reader Store.

The Inkpad Color it utilizing the second generation E INK Kaleido color e-paper technology. On a fundamental level, it still can only display 4,096 colors and 100 PPI. What has changed is the color accuracy and gamut, colors look stunning, when compared to the previous generation. The background of manga, comics and PDF files is white,  and the background of ebooks is greyscale, due to the uniformity being increased. The front-lit display has also been improved for better color production.

There were some fundamental problems with the first generation Kaleido. The background of ebooks was never grey, like they are in non-color e-readers such the Kindle or Kobo. This is because the color filter array would try and produce grey, using a mix of colors, so the background would mostly have gradients, which detracted from the reading experience.  The front-light always needed to be on, because the screen was darker, due to colors always being on. The LED made colors look a bit more saturated. All of these problems have been addressed with the advent of the Inkpad Color.

Here are the tech specs of the InkPad Color.  The resolution of the B&W panel is 1872×1404 with 300 PPI, the resolution of the color filter array is 624×468 with 100 PPI and can display 4,096 different colors. It has a front-lit display, so you can read at night and the new CFA is now optimized for white LED lights that project light evenly across the screen. Underneath the hood is a dual core 1GHZ processor, 1GB of RAM and 16GB of internal storage. It has an SD card, that supports up to 32GB of additional space, perfect for those of you with large digital collections. It has a G-sensor, cover sensor (for sleep covers) and WIFI, Bluetooth 5.1, USB-C and is powered by 2,900 mAh battery. You can listen to audiobooks via Bluetooth or via the USB to 3.5mm headphone jack adapter.

The overall color scheme is piano black and has a silver/grey accent on the bottom and back of the e-reader. There are physical page turn buttons on the bottom, and also a home and more button. You can elect to turn the pages by mashing on the buttons, or swiping and gesturing on the touchscreen. There is a coloring book app and a note taking app, which allows you to draw in color, but since this does not have a WACOM screen, you have to use a capacitive stylus, we recommend the Good e-Reader Stylus.