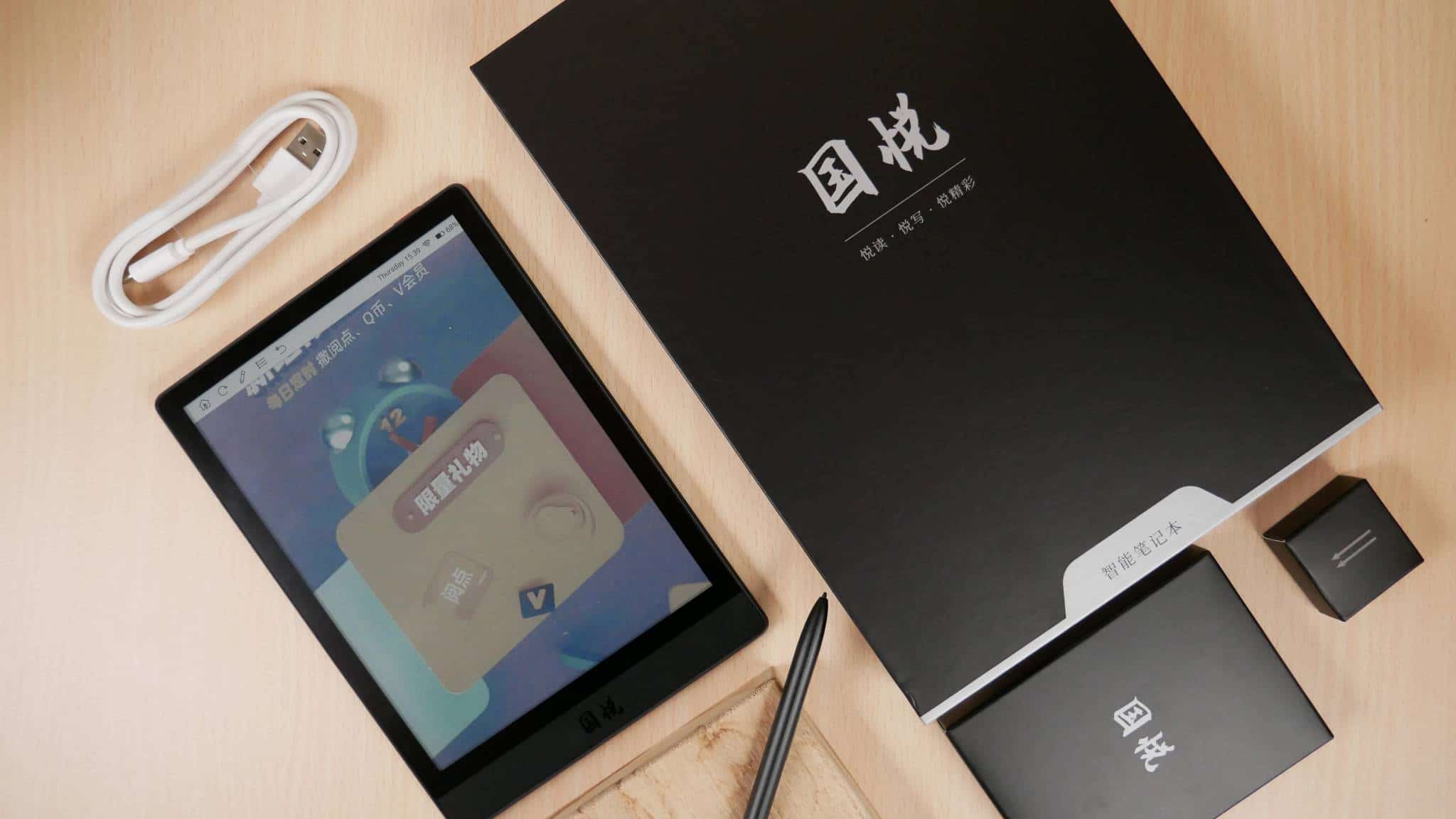 One of the most exciting new E INK products of 2021 is from a company called Guoyue. They have released a new 7.8 inch color e-reader that is using the second generation Kaleido screen technology. Although this device was only really marketed in China, it does have English settings, so it has more worldwide appeal. It retails for $529 and is available via the Good e-Reader Store.

The Smartbook V5 has a 7.8 inch E INK Carta HD capacitive touchscreen display with a resolution of 1872×1404 with 300 PPI and the color screen is 624×468 with 100 PPI, it is capable of displaying over 4,096 different colors. The screen is flush with the bezel and protected by a layer of glass. You will be able to take notes and read ebooks at night, since it employs a front-lit display with 36 white LED lights.

Underneath the hood is an quadcore 1.82Ghz processor, 2GB of RAM and 32GB of internal storage. It uses USB-C for connecting to devices and charge its 2800 mAh battery. It has a gravity sensor, dual microphone array and WIFI. Its dimensions are 190.8 x 135.8 x 6.3mm and the device weighs about 240g. It includes a pen that can be used for note-taking and drawing, it has 4096 levels of pressure sensitivity. There is also 4 replacement nibs.

The color scheme of the V5 Color is black and has a white stone strip along the edges of the bezel and a black stripe at the bottom. The back of the device has the same piano black finish. There is a power button on the top, a USB-C port on the bottom and two stereo speakers. Given that this is an e-note, and users can freehand draw, take notes, edit PDF files, it comes with a very unique stylus. You can draw in eight different colors, the screen has palm rejection technology. The pen has 4,096 degrees of pressure sensitivity, which means the lighter or harder you press, the thicker/thinner the lines will become. Many pens for Wacom screens are battery free, but not the Guoyue one. The top of the pen is removable, with a USB port, you can connect up a USB cable to your MAC/PC and charge it. The cap is magnetic, so it is easy to remove. The design of the pen is grey, it has a power button to turn on or off, helps conserve battery life. It also has a back, forward and eraser button on the sides.

I believe the V5 Color is a white label version of the Bigme S3, except this one has English support, and is significantly more affordable. The Bigme model is $899 and this one is $599, so if you speak English, the V5 will provide a ton of value. It also appears that it is running the Onyx Boox OS, on Android 8.1, so you are receiving a well developed launcher system.