You are here: Home / e-Reader News / Freescale Shows off IMX 53 and Next Generation IMX 6 Procesors 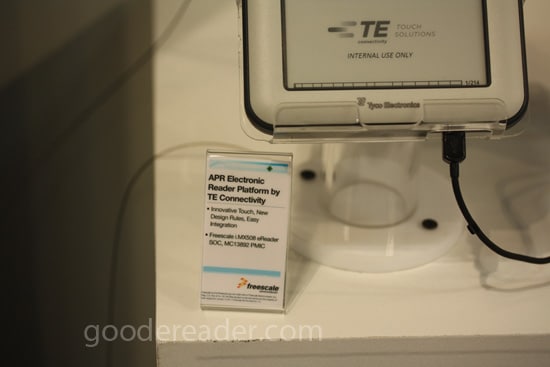 During the last day of Computex we managed to get some time at the Freescale booth where they were showing off their next generation iMx 53 processor and the worldwide introduction of the next generation IMX 6 series.

A little bit of history for those who are unfamiliar with Freescale and what they do; if you look at popular e-readers such as the Amazon Kindle 3, Sony PRS-650, and Kobo all use the processor. It allows the processor to actually have epaper support built right into the chip. This provides faster and more robust page turns along with added refresh benefits.

The IMX 53 processor is step up from previous iterations mainly found in tablet computers. The main benefit of this new processor is that it will allow tablets to use DDR3 RAM and allow processors to go over the 800 MHZ threshold. This new chip is out now and will be implemented mainly into tablets because the epaper support is not built into this specific chip.