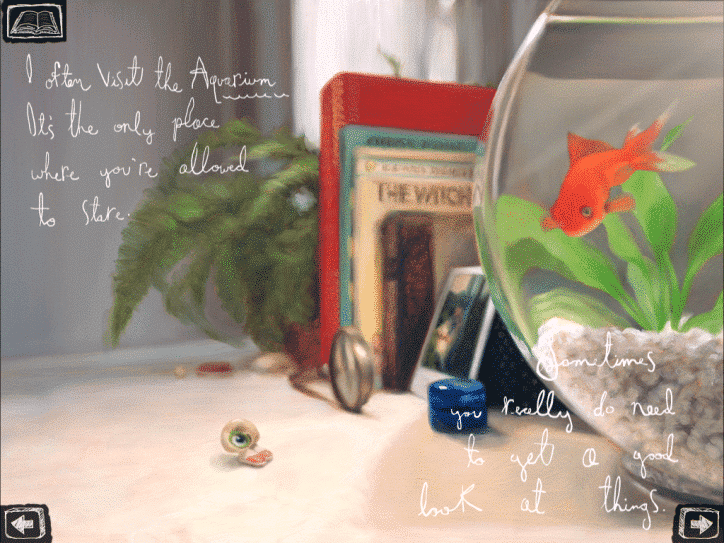 In 2010, two dedicated film makers created a short film about a shell who wears shoes and likes himself very much just the way he is. Jenny Slate and Dean Fleischer-Camp conceived the character of Marcel then directed and voiced a brief independent film, Marcel the Shell With Shoes On, that became an internet sensation with over 12 million views on YouTube.

Now, Slate and Fleischer-Camp have brought Marcel the Shell to the realm of children’s literature with a print edition and an interactive book app from Penguin Young Readers Group, and there have been talks about a future television show for the self-confident mollusk. While the obvious audience for Marcel’s title would be considered to be juvenile readers, it is safe to assume that most of the views of Marcel’s YouTube video would be more adult in age, thereby creating a high level of crossover appeal for the books.

While some at Penguin Young Readers Group have predicted that Marcel is destined to become a classic beloved character, it is perhaps his novelty that makes him so appealing to both YouTube viewers and digital app book readers alike.

“We’re so excited to share more of Marcel’s beautiful world with the people who love him. If we could suggest the best way to use the app it would be this: Look around, explore, listen, relax, be happy!” authors Jenny Slate and Dean Fleischer-Camp said in a press release at the time of the launch.

While the Marcel the Shell book and app were developed through a collaboration with a traditional publisher, the concept for Marcel was born out of an independent film. It will be interesting to see what future media sources are able to grow into digitally published full-color readable content, whether it is viral videos, indie music, or even art.

Priced at $9.99 with an introductory price of $6.99 through February 1, 2012, the Marcel the Shell with Shoes On app book will be available for download through the iTunes App store on November 3, 2011.

On November 4, 2011, Penguin Young Readers Group will release the delightful and hilarious new picture book app MARCEL THE SHELL WITH SHOES ON: Things About Me ($9.99 / introductory price of $6.99 till February 1, 2012; Universal iOS4.3) adapted from the eponymous book written by Jenny Slate and Dean Fleischer-Camp and illustrated by artist Amy Lind.

The picture book app features a read-aloud with Jenny Slate as Marcel the Shell, interactive content and animation, and will be released simultaneously alongside the first edition print run of 100,000 copies.

Based on their award-winning 2010 short film Marcel the Shell, which became an internet sensation with over 12 million YouTube views, this “cleverly illustrated” (Kirkus) new adventure in Marcel’s wonderfully peculiar world will transition “the winning, winsome, wee mollusk” (Kirkus) from a “ridiculously cute” (PAPER Magazine) web star to a classic picture book character.

Adam Royce, Vice President of Digital Content Development at Penguin Young Readers Group said, “We see Marcel as a modern day classic character and really wanted to preserve Jenny and Dean’s vision for the book. By adding Marcel’s voice and interactive elements we are able to offer a unique reading experience.”

“We’re so excited to share more of Marcel’s beautiful world with the people who love him. If we could suggest the best way to use the app it would be this: Look around, explore, listen, relax, be happy!” authors Jenny Slate and Dean Fleischer-Camp said.

Marcel is partially a shell, but he also has shoes and a face, and lots of other great qualities as well. Marcel is proud of his odd, miniature life (he hang-glides on a Dorito and wears a lentil as a hat), and even though Marcel is a talking shell with only one eye, he reminds us to be proud of ourselves and appreciate what makes each of us unique. Marcel’s simple and beautiful message for his readers will resonate with children and adults alike: we are who we are, and that is a wonderful thing.

The Marcel the Shell with Shoes On App brings to life the incredible detail of this cute crustacean’s world.

NOTE TO THE PRESS:

We hope that you will give the Marcel the Shell enhanced picture book app feature consideration. For more information, or to inquire about a preview, please contact:

Jenny Slate, co-author and voice of Marcel, is an actress, comedian, and an alum of Saturday Night Live. Dean Fleischer-Camp is a writer, director, and animator whose work has screened at film festivals around the world. They live together in Brooklyn, New York. Watch the video and learn more at: www.deanfleischercamp.com.

MARCEL THE SHELL WITH SHOES ON: Things About Me
Written by Jenny Slate and Dean Fleischer-Camp
Hardcover/Razorbill/40 Pages/$18.99
On-Sale: November 1, 2011[/showhide]