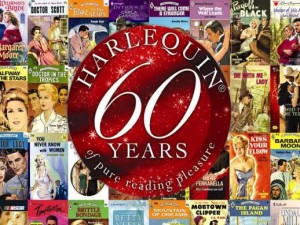 Quill and Quire reported today that romance publishing company Harlequin has been dragged into court over ebook royalties by as many as 1,000 authors filing a class action lawsuit. The lawsuit alleges that Harlequin did not pay the authors the full amount of the agreed upon royalty for digital titles, although Harlequin’s practice may actually leave that up to interpretation.

The issue involved the Swiss arm of Harlequin, which the publisher claims is not acting as a publisher. Therefore, the 50% that Harlequin receives—after the other 50% goes to the retailer—is then split with the author. But in the case of royalties from the Swiss branch, apparently the authors feel they have not received the full amount due to them. Harlequin, for its part, claims that this Swiss office is not a publisher and therefore does not share the royalties as other markets do.

Harlequin issued a statement that was updated on Quill and Quire’s site, essentially insisting that the publisher has not been served with any papers that would indicate a lawsuit has been filed; furthermore, Harlequin’s CEO insists that the authors have all been fairly compensated according to the terms of their contracts.

All of these allegations seem to stem from sales that took place leading up to 2004, well before Harlequin established its ebook imprint, Carina Press, a digital publisher that led the way among publishers for offering unheard of author royalties, doing away with advances in exchange for higher sales payouts, and a radically new output of titles each month.